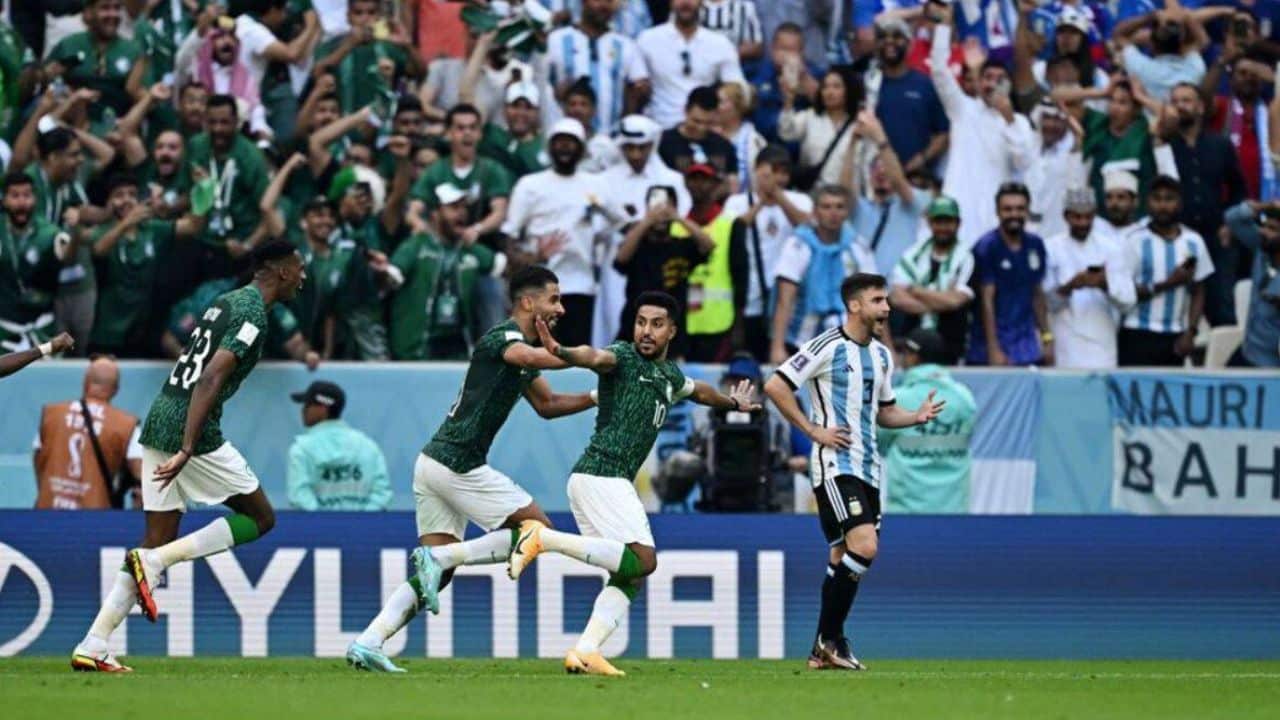 Watch a crazy Saudi Arabia football fan pull his door off in an epic celebration after victory over Argentina, the video quickly becomes viral on the internet

Following Saudi Arabia’s impressive victory, the supporters went crazy in celebration, and one Saudi fan caught everyone’s attention during the celebrations. One Saudi fan was thrilled with the win, and while celebrating, he destroyed his room door. Since then, the video has gone popular on the Internet.

Here’s the viral clip of the fan

It’s tradition in Saudi Arabia that when your team scores against Argentina to rip your own door off the hinges😂 pic.twitter.com/pkQnV66Paj

Saudi supporters can be seen cheering for their team in the viral video. When Saudi Arabia scored against Argentina, a swarm of fans burst, and while most were seen running and jumping, one of them ripped the front door off its hinges in celebration.

From the start, Argentina had the majority of the possession and appeared to be in control. Argentina took a 1-0 lead after Lionel Messi successfully converted a penalty kick in the tenth minute of play. Argentina’s joy, though, was short-lived as Saudi Arabia astonished everyone by coming back and scoring two goals in the space of five minutes.

Saudi Arabia astonished everyone on Tuesday when it defeated Argentina by a 2-1 score. Lionel Messi and his teammates began the event as heavy favourites. Following their come-from-behind triumph, Saudi Arabian supporters were in different worlds and celebrations began in various sections of the country. When Saudi Arabia scored against Argentina, a group of fans both inside and outside the stadium went wild in celebration.

Not only that, but the Saudi King declared a public holiday on Wednesday following its historic victory over Argentina at the 2022 FIFA World Cup in Qatar. It is applicable to every worker in the public and commercial sectors as well as to every student in the nation. Argentina will now play Mexico on Sunday, November, 27. It will be a must-win for Messi and co. to stay in the tournament.

ISL 2022-23: Hernan Santana joins FC Goa for the remainder of the season

Who is Raiane Lima ex-girlfriend of Gabriel Jesus, her age, child, nationality, net worth, Instagram