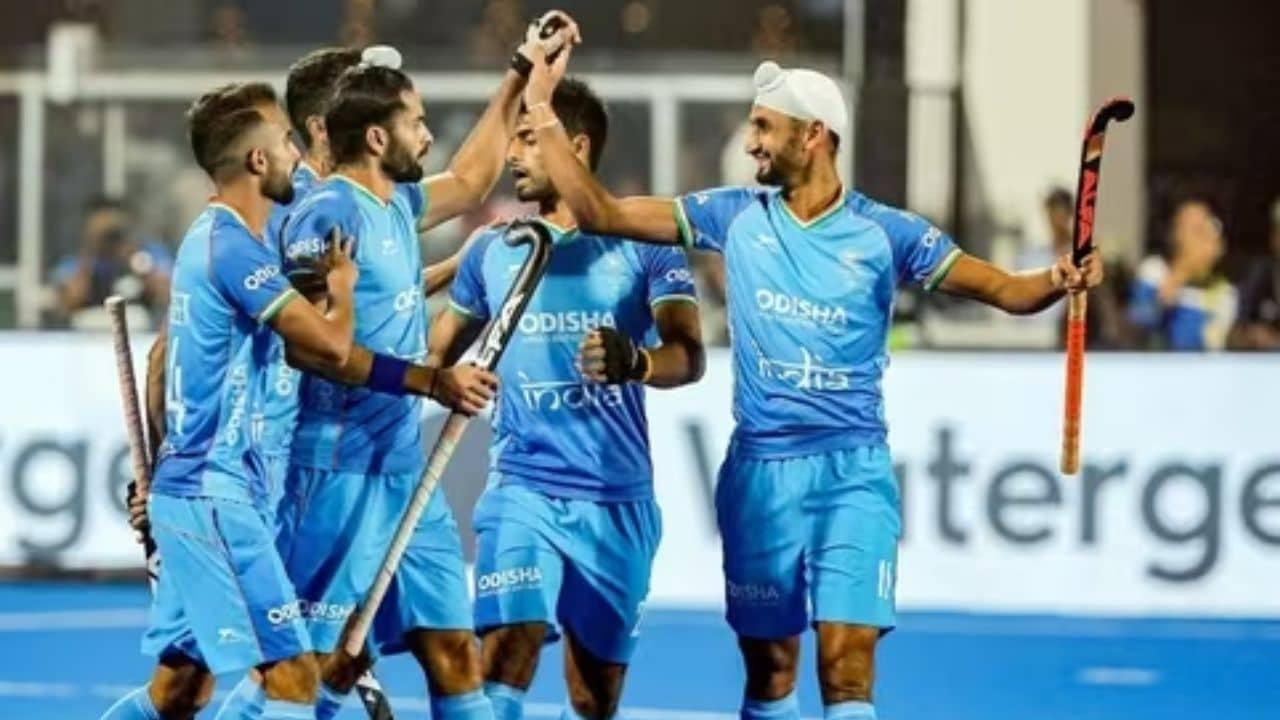 At the 2023 Men’s FIH Hockey World Cup 2023, South Korea stunned Olympic champion Argentina as the underdogs qualified for the quarterfinal thanks to their shootout win followed by 5-5 draw, we take a look at the latest results, schedule, venue, points table, fixtures & teams of the tournament along with streaming details

Following the culmination of crossover matches, the quarterfinal lineup for FIH Hockey World Cup is confirmed and is scheduled to begin on Tuesday featuring Australia versus Spain.

We move another step closer to the finals of FIH Odisha Hockey Men's World Cup 2023 Bhubaneswar-Rourkela.

Germany and Korea secured their spots in the quarterfinals of the FIH Odisha Hockey Men’s World Cup 2023 after defeating France and Argentina, respectively, on the second day of crossovers. In the quarterfinals, Germany will now play England, while Korea will play the Netherlands, both games taking place in Bhubaneswar. Meanwhile, France and Argentina will head to Rourkela, where 9th-16th place classification matches will be contested.

In their crossover clash against France, former world champions Germany dominated from the very start and were rewarded with 4-0 lead heading into the half-time. After the break, Germany slowed things down to defend their huge lead before ultimately emerging victorious by score of 5-1. Meanwhile in the other crossover match on Monday, South Korea stunned Argentina after they managed to overcome 3-5 deficit to force a penalty shootout and ultimately winning the same by score of 3-2

Following these results, the quarterfinal lineup has been confirmed and it is known that Australia will play Spain in the first quarterfinal on Tuesday. Meanwhile, New Zealand will face-off against reigning champions Belgium in the second quarterfinal of the day. To watch all of these thrilling games in-person, fans around the world can buy their tickets from here.

When & Where to watch: live streaming and telecast

The live broadcast of Tuesday’s quarterfinal games, including Australia vs. Spain, can be seen on a number of channels, including Star Sports Select First, Star Sports 2 HD, & Star Sports 2 SD. Meanwhile, Indian hockey enthusiasts can stream the entire event live on Disney Hotstar+ or choose to follow the action from here.