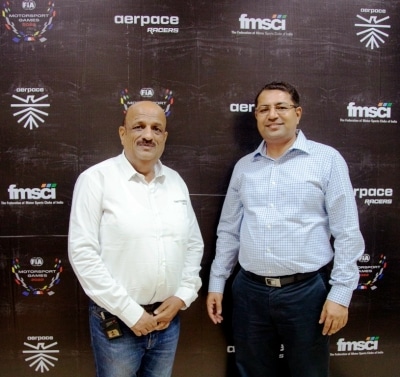 Mumbai, Oct 22 Former Asia-Pacific Rally champion Sanjay Takale of Maharashtra will represent India at the forthcoming 2nd edition of the FIA World Motorsports Games to be held at the iconic superfine tarmac Circuit Paul Ricard in Marseille, France, from October 26 to 30.

Takale was recommended by the Federation of Motorsports Clubs of India (FMSCI), the national governing body of the sport, to the world governing body, FIA (Federation Internationale l’Automobile). The 2022 FIA World Motorsports Games are happening after a two-year gap due to the Covid-19 pandemic.

“This will be the first time I am going to represent India, which makes this opportunity very special,” said Takale addressing a media conference here ahead of his departure for France.

Takale will be behind the wheels of the French car Peugeot and competing in the Rally4 class of competition.

Takale will be supported by aerpace — a futuristic drone-based logistic transportation system company launched by young visionaries from Mumbai in 2019, who have been working on the dream project. Aerpace has its vision to inspire the world to move through cities in smarter and more sustainable ways through drone technology.

The 54-year-old ace driver Takale, who had expressed his desire to return to competitive rallying, was selected on the basis of his past performances and, he picked New Zealand-born, now Australia-based Mike Young as his navigator.

The rules of World Motorsports Games allow the driver to pick his navigator from a different country too, but the team is considered as an entry from the nationality of the driver in what is been referred to as the battle of the nations.

“I gave it a thought as to whom should I take as a navigator, but finally settled on Young,” Takale informed. “In the past, I competed in most of the APRC rallies and other cross-country rally events with Musa Sheriff as navigator. But this time I preferred Mike over Musa because the Australian has himself driven on different international circuits,” he said.

Young is himself an established rally driver. Also, the two were in the same position — Takale as driver and Young as navigator — with the two finishing seventh in Rally Estonia in Tallinn in 2019. Interestingly Young was Takale’s teammate in the APRC championship driving for the Japanese rally team Cusco Motorsport.

This year 90 countries have sent their entries in different categories, up from 49, which participated in the inaugural edition in 2019 in Rome.