Advertisement
HOME  »  NBA   »   Who is Jeanine Robel girlfriend of Anthony Edwards, her age and Instagram

Who is Jeanine Robel girlfriend of Anthony Edwards, her age and Instagram 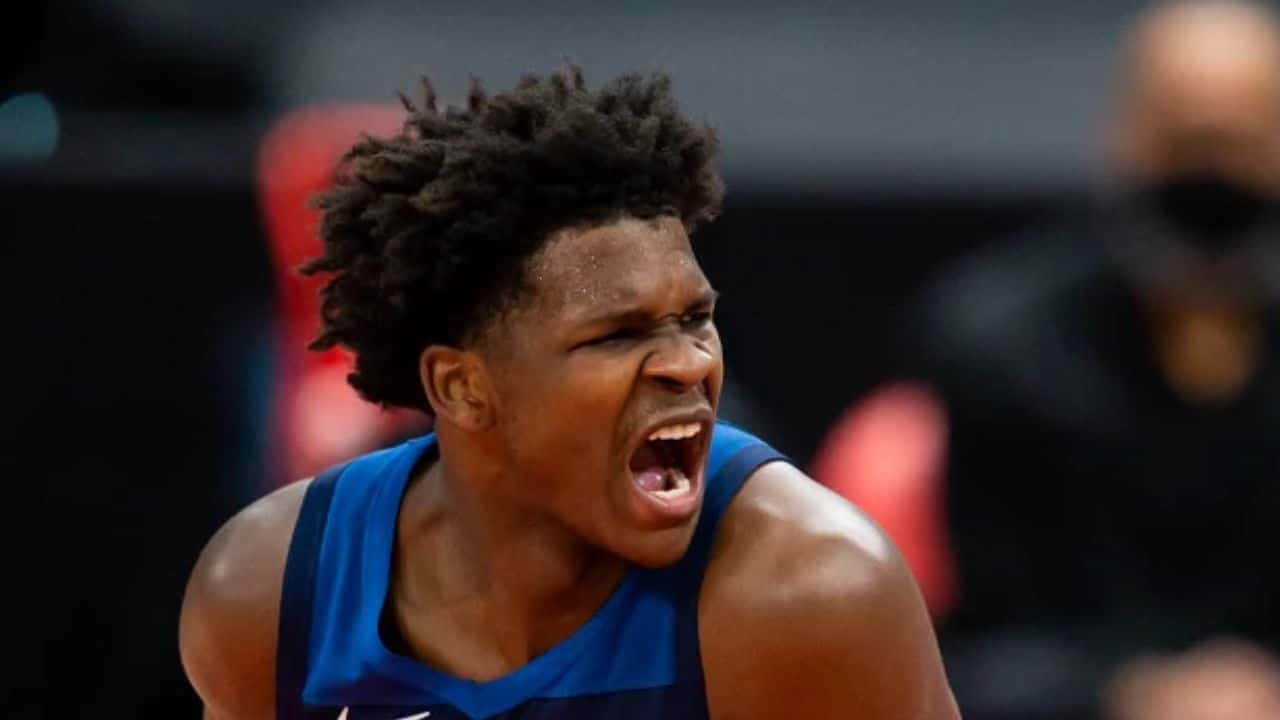 Here is all you need to know about Jeanine Robel, girlfriend of Minnesota Timberwolves player Anthony Edwards along with her age

After having a difficult start to the season, the Minnesota Timberwolves have improved to the eighth seed. Guard Anthony Edwards, 21, of the Timberwolves, is having a fantastic season thus far and is the team’s undisputed leader.

Fans of the NBA have been talking about his recent performance against the Houston Rockets. The 6’4″ guard is committed to taking up the scoring duties at such a young age.

Who is Jeanine Robel, girlfriend of Anthony Edwards of the Minnesota Timberwolves and her age

Surprisingly, Edwards performed not only for his fans but also for a person who holds a special place in his heart. He defeated the Houston Rockets with a season-high 44 points, 6 rebounds, and 4 assists.

The Timberwolves’ supporters are raving about ‘Ant’ Edwards’ performances this year. The guard responded when questioned about how he did in the post-game interview:

My girlfriend’s birthday is in two days and she is going out of the country, so I had to put on a show for her.”

"My girlfriend's birthday is in two days and she is going out of the country, so I had to put on a show for her."

Anthony Edwards spoke to @KatieStorm about his MONSTER dunks and 44-point performance in the win over the Rockets.#RaisedByWolves | #Timberwolves | #NBA pic.twitter.com/gVVD5f32kH

Who is Jeanine Robel?

Currently, Edwards is one of the league’s most promising prospects. Many people are curious as to whether the young celebrity is now dating with all the attention he is receiving. According to sources, he is currently dating Jeanine Robel and Edwards is presently dating.

According to rumours, the couple has been dating for a while. The detailed timeframe of their relationship is not yet specified. Furthermore, there is no information available on Robel’s family or academic history. Robel was born in 1994 and is aged 28 while Edwards is currently 20.

Jeanine is in a relationship with Anthony Edwards who is an American basketball player who competes in the NBA for the Minnesota Timberwolves.

Edwards, who was born on August 5th, 2001 in Atlanta, Georgia, initially played football until he was ten years old before switching to basketball.

Edwards attended the Holy Spirit Preparatory School in Atlanta, where he earned the reputation of being a unanimous five-star recruit and one of the top players in the class of 2019.

At the senior level, the 20-year-old won first-team McDonald’s All-American and USA Today All-USA first-team honours. Additionally, he was named the SEC Freshman of the Year during his first year playing for his college team.

As a rookie, he scored up to 19.1 points, pulled down 5.2 rebounds, and distributed 2.8 assists. As the team’s and the country’s leading scorer, Edwards finally advanced to the finals for the Jerry West Award, which is given to the top collegiate shooting guard.

Edwards is already a star at the age of 20, but if he wants to get to the status of a league superstar, he will need to continue playing with the same level of reliability and style for many more seasons.