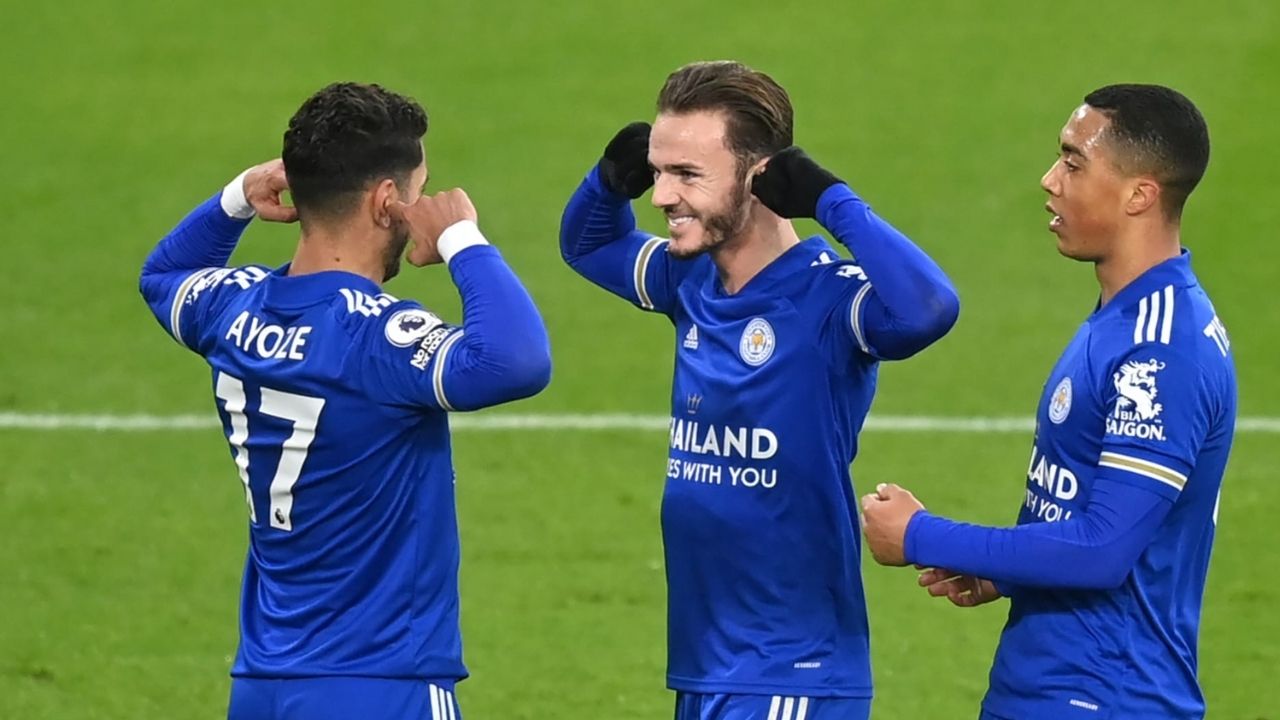 Robert Sánchez ( Brighton – £4.6m) is a fantastic goalkeeper with 53 saves in the tournament so far along with a double gameweek with Crystal Palace & Chelsea which can improve his contributions.

Trent Alexander-Arnold ( Liverpool – £8.4m) has the ability to provide decent contributions with the attack and defense which can help him make his return after Illness against Brentford this week.

João Cancelo ( Manchester City – £7.0m) can keep his side in strong contention as they are at the top of the table ready to play Chelsea which will be a challenge they will look forward to in this contest.

Emerson Royal ( Tottenham – £5.0m) will be coming here after their performance in the Carabao Cup which can play a huge booster which can play an important role in their double game week against Arsenal & Leicester.

Diogo Jota ( Liverpool – £8.3m) will play a central role in the Liverpool attack which can allow him to provide some important contributions that can provide him 10 goals and 2 assists which can increase in the upcoming matches.

Mason Mount ( Chelsea – £7.7m) will be playing against Manchester City along with Brighton in the recent double game week which should increase his contributions in this game week.

Lucas Moura ( Tottenham – £6.5m) holds brilliant attacking potential with a recent improvement in his form that can keep him consistent in the upcoming fixtures that can play a vital role in his matches this week.

James Maddison ( Leicester City – £6.9m) has provided 5 goals and 5 assists with the ability to work as a playmaker with his matches against Burnely & Tottenham that can work in his favour.

Jarrod Bowen ( West Ham United – £6.7m) will be boosting with confidence after providing 2 important goals against Norwich that can be channeled into his match against Leeds this week.

Michail Antonio ( West Ham United – £7.7m) looks to be regaining his form that was not seen in the last match but can make his way through to an improved performance in the upcoming matches

Emmanuel Dennis ( Watford – £6.1m) will be facing Newcastle & Burnley in their upcoming gameweek which can allow him to shrug off setbacks to retain his goal-scoring form.

Vicente Guaita ( Crystal Palace – £4.6m) will be playing against Brighton who have a strong attack that can conceal his opportunities.

Joshua King ( Watford- £4.6m) is a reliable attacker who can make his presence known that makes him our first substitute in this match.

Kieran Tierney ( Arsenal – £4.8m) has scored 1 goal and 3 assists that can be tested to the limit against Tottenham this week.

Tino Livramento ( Southampton – £4.3m) has picked a Knee Injury with a 50% chance of appearing that can help him rest against Wolves.

James Maddison is our captain because of his improving form and attacking skills.

Mason Mount will be our vice-captain because of his ability to perform well with his goal-scoring skills. 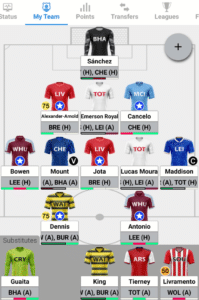