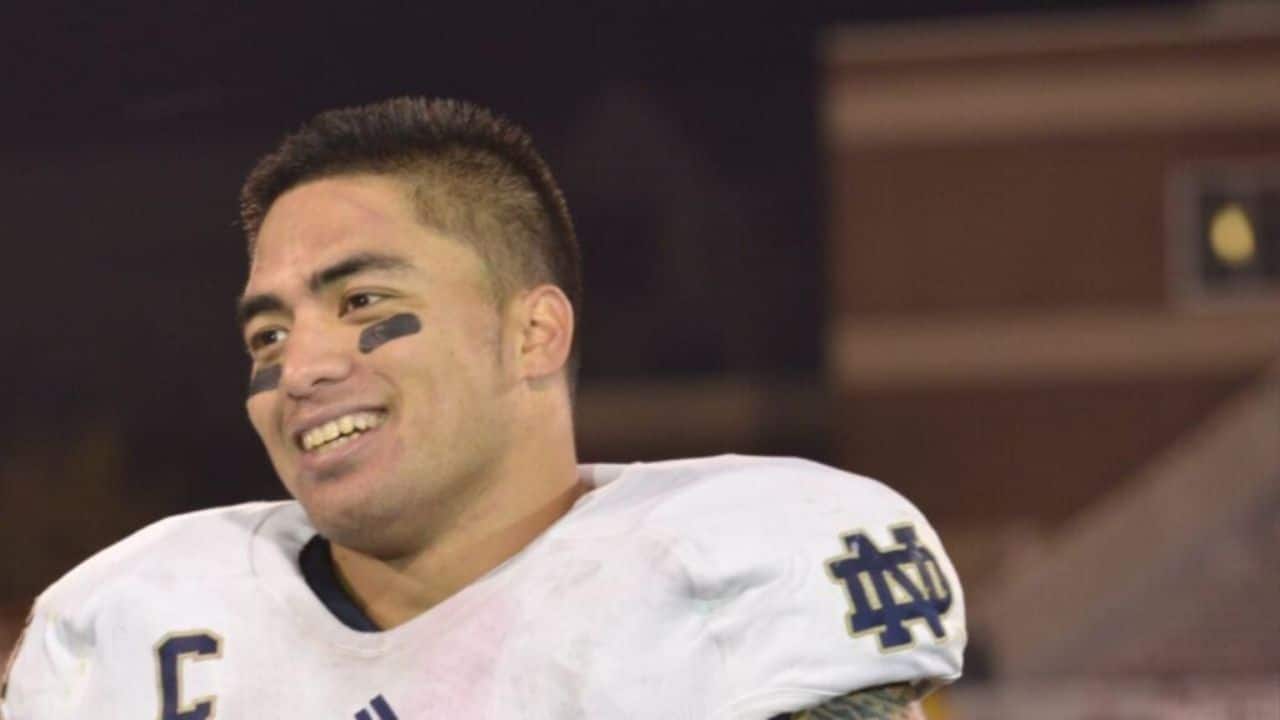 Manti Te’o was the victim of one of the most notorious catfish scams and after a decade of the incident, Netflix has launched a series, which will narrate the story of Te’o, know who is his girlfriend now

In 2013, Manti Te’o became well-known, although regrettably not necessarily for his prowess on the football field. The two-part Netflix series Untold: The Girlfriend Who Didn’t Exist features the Notre Dame linebacker Manti Te’o, who was the victim of one of the most well-known catfish scams ever.

Where Is Manti Te’o Now Today In 2022, Fake Girlfriend Ronaiah Tuiasosopo, Wife And Net Worth 2022

NFL linebacker Manti Te’o has now officially tied the knot and he got married to personal trainer Jovi Nicole Engbino on August 29, 2020 in an intimate wedding.

I don't think I've ever had less sympathy for a subject than I have for Naya in the Manti Te'o documentary. Don't you dare make you destroying someone's life a celebration of your process. Like fuck that shit. #Untold

There is so much to unpack in that Manti Te’o documentary. I have zero sympathy for Naya/Ronaiah. Trying to mask this crazy act as part of her trans journey. She deserves nothing, let alone the peace she has in life now while Manti’s life was changed forever.#Untold #Netflix

Story of Untold: The Girlfriend Who Didn’t Exist and How it unfolded with Manti Te’o

American football player Manti Te’o represented the University of Notre Dame in Indiana. Unfortunately for him, he fell for a lie and ended up dating a woman who never existed. The Bride Who Didn’t Exist, the most recent instalment of the “Untold” documentaries, was released today by Netflix and narrates the story of Te’o. What transpired between Te’o and his putative girlfriend is explained in the documentary and the protagonists themselves tell it, giving a first-person description of their perspective of what happened.

Everything began when Te’o started dating Lennay Kekua, whom he met online, and they dated for about a year. A vehicle accident and subsequent leukaemia diagnosis meant that the woman spent the majority of that period in the hospital. She resided in California and he in Indiana, but they spoke on the phone every day, and he ended up being one of her biggest supporters as she battled the illness. Te’o learned that his grandmother and partner had passed away six hours apart in October 2012, but the American football player skipped his wife’s burial.

It was determined that the woman didn’t exist a few months after the incident. In actuality, a youngster had impersonated Lennay Kekua. To complete the story, he made a phony social media profile and killed off the persona he had constructed. Te’o had consequently become a victim of catfishing. After the media commotion the alleged deceased girlfriend, Ronaiah Tuiasosopo, revealed himself.

Current Life of Manti Te’o and What is he doing Now?

Te’o is a free agent for the NFL right now. Prior to that, he spent four years playing for the San Diego Chargers and the following two years for the New Orleans Saints. Prior to being added to the team’s active roster in January 2021, he was then a member of the Chicago Bears practice squad. In his personal life, Te’o has established his own family and has given up playing football today. On the other hand, Ronaiah Tuiasosopo is now a transsexual woman and changed her name to Naya Tuiasosopo.

Te’o has married Jovi Nicole, an Instagram fitness influencer, in August 2020 after being linked to her since 2016. After a year of their marriage, Te’o and his wife Nicole welcomed a daughter in 12th August 2021 and named her as Hiro. His net worth stands at $3.5 million.