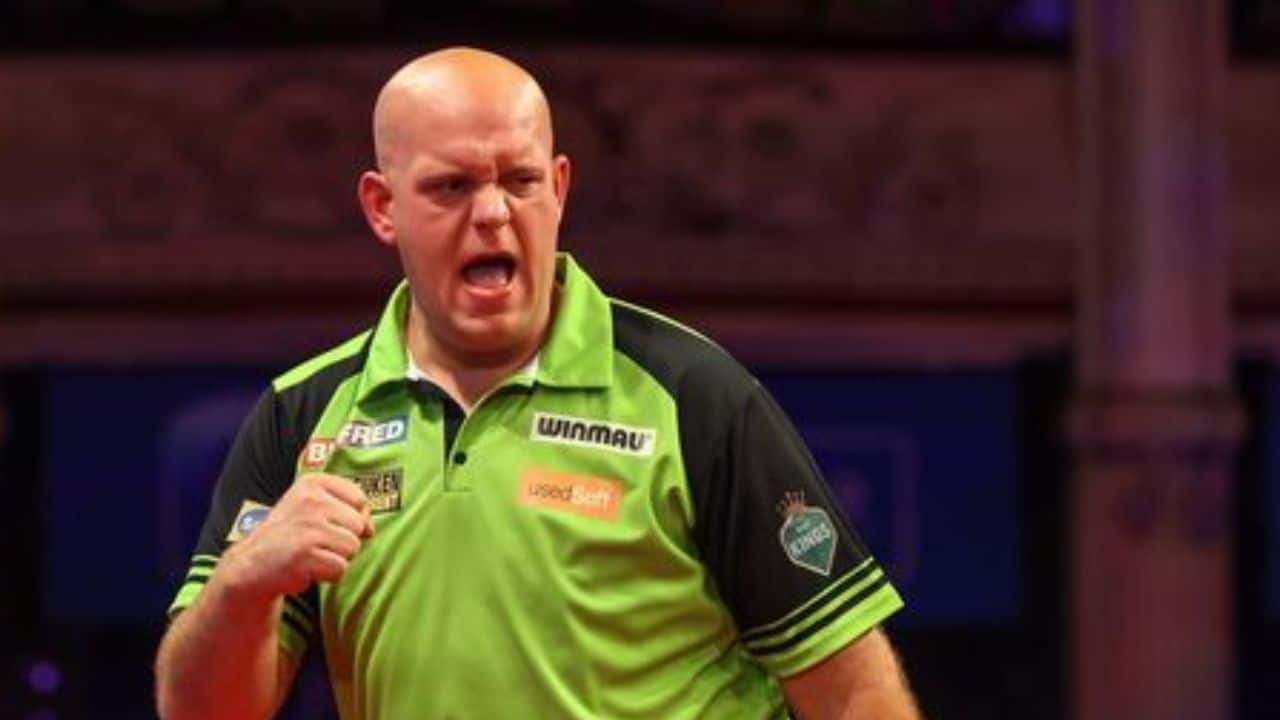 Mighty Michael van Gerwen reserved his finest play for the Players Championship final, where he defeated Rob Cross with a remarkable nine-darter with the video viral

Van Gerwen previously defeated Luke Humphries of England 11-5 in his semifinal, winning eight of the final ten legs and averaging 101.59.

Sensational scenes in Minehead, as Michael van Gerwen lands a spectacular nine-dart finish to strike the first blow in this final!

He then overcame Cross to win his fifth televised championship of 2022, which also included triumphs in the World Grand Prix, Premier League, and World Matchplay.

In a thrilling final versus Rob Cross, Michael van Gerwen won the Players Championship to the joy of darts fans with a magnificent nine-darter. The Green Machine was unstoppable the entire time, and it took him just three legs to polish his game as he raced to a 4-1 first-session lead. Van Gerwen didn’t want to allow Cross to add another leg to the board after they had already split the first two legs.

Voltage was only able to score 58 to begin the third leg of the match, while MVG smashed in a stunning 177 to take a dominating lead.

The Minehead audience is energised by the nine-darter.

The three-time world champion, who needed 144 for perfection, pinned two T20s with lethal accuracy before hitting the double 12 with his final dart to excite the audience.

As the throngs of fans inside Butlin’s Minehead went wild in the background, Van Gerwen turned to the camera and gave a small fist bump. Cross gave the Dutchman a fist bump as he returned to receive his throw for the following leg.

Fans are still in awe of that.

Naturally, darts enthusiasts on social media praised MVG’s nine-darter. “Utterly surprising from MvG,” one fan said. Someone else commented, “Absolutely amazing.” “MVG is f***ing smashing it tonight,” a third person exclaimed. Another person added: “When this person is on! Nobody approaches!” While a fifth supporter remarked, “It’s just brilliant.”