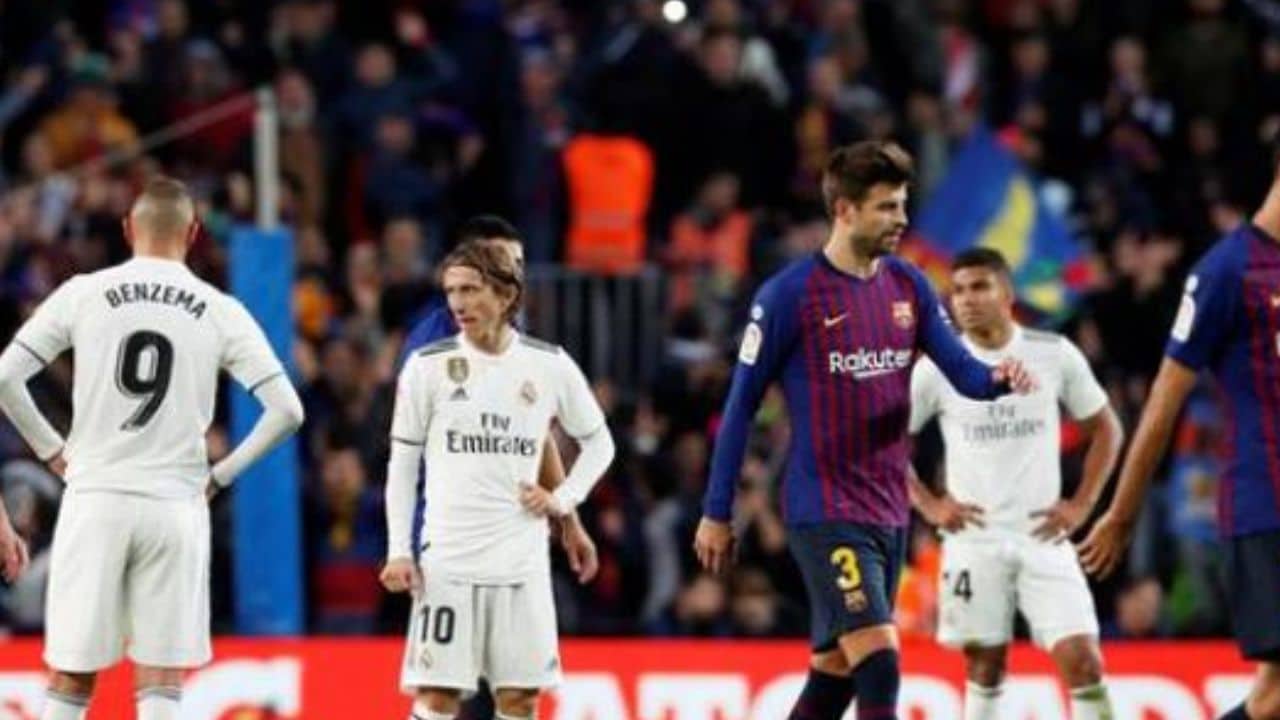 The Copa del ray 2023 fourth quarter-final clash will feature a Madrid showdown featuring Real Madrid vs Atletico Madrid, find out how to watch the match live in India and its live streaming

Real Madrid vs Atlético de Madrid in less than 48 hours and this is the narrative Marca wants to impose. They kick him, spit on him, slap him, bite him and the focus is on Vinicius? Victim blaming out in the spotlight. Disgusting journalism 🤮 pic.twitter.com/RHclCa7KN9

Los Blancos are currently placed in the second spot in the La Liga standings with 41 points in 17 matches. On the other hand, the Colchoneros are placed fourth with a total of 31 points in 18 matches.

Real Madrid just recently defeated Athletic Bilbao in a 2-0 win in the La Liga . Atletico Madrid on the other hand dominated with a 3-0 win over Valladolid in the La Liga on Saturday. Both teams are coming off from confident wins and will be looking to ride on those victories.

Throughout their last 10 matches across all competitions, Carlo Ancelotti’s men have won seven games and lost three matches. Diego Simeone’s side have also won on seven occasions, but lost only two matches and drew one.

The Copa del Rey, quarter-final Real Madrid vs Atletico Madrid clash will take place on Thursday, January 26 at 01:30 am IST.

The two sides will face each other at the Santiago Bernabeu stadium, located in Madrid, Spain.

Much to the disappointment of Indian fans, the live telecast/TV broadcast of the Copa del Rey, quarter-final clash featuring the two Madrid sides will not be available in India. Besides that, viewers can also watch the live stream using a VPN to access third party apps and websites to watch the Madrid derby or can also opt to view the highlights of the showdown after the match.