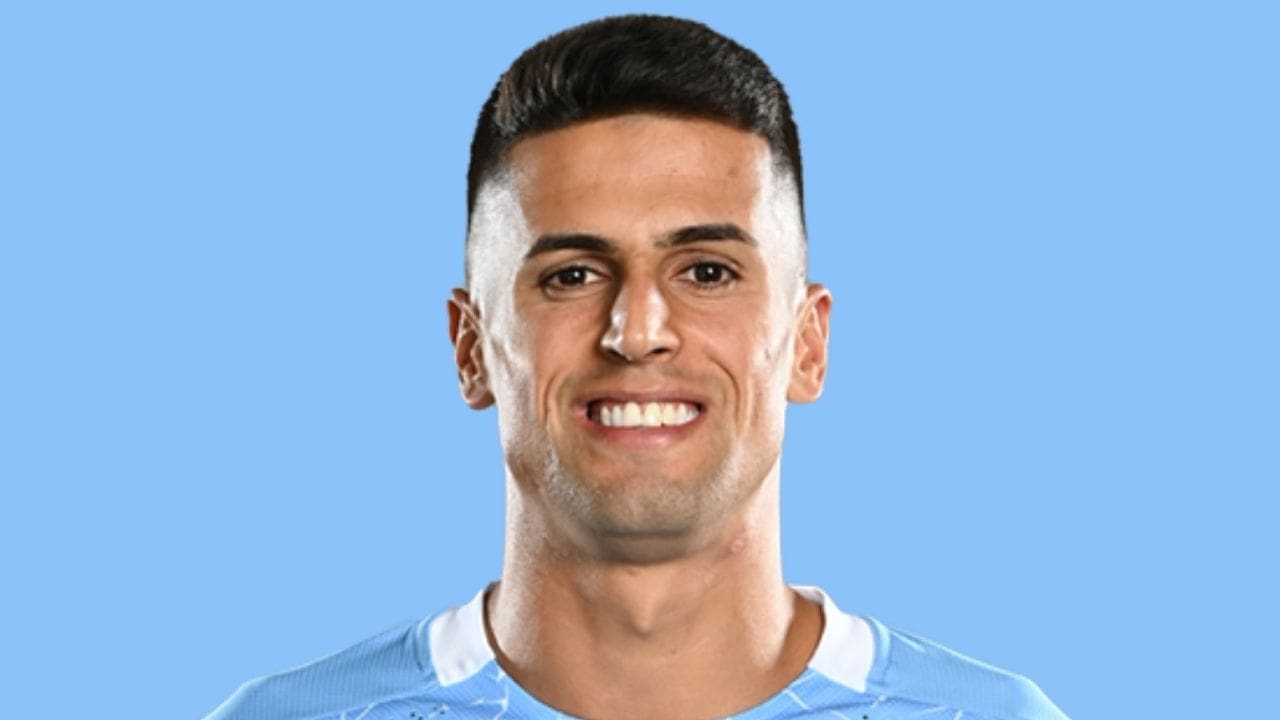 First-place Manchester City will be all set to face second-place Chelsea in this crucial premier league encounter.  Welcome to the MCI vs CHE Dream11 team prediction today and preview.

Manchester City are on an extraordinary winning streak in all competitions which should keep them motivated to continue with their reliable squad to take on their vulnerable opponents.

Chelsea have won 3 of their last 5 matches in all competitions with 2 draws that came in their previous premier league fixtures which should allow them to maintain their strong form as a win here could help boost their confidence.

Manchester City should win the match by a very close margin.

Ben Chilwell, Reece James, and Trevoh Chalobah are injured for this game.

Ederson Moraes (8.5 Cr) is fantastic in front of his goal with  34 saves and 11 clean sheets that will be tested to the limit with his performance in this crucial contest against a strong attacking side.

Joao Cancelo (8.5 Cr) has managed to keep him in a strong defensive form with his performance in attack and defense that has earned him 1 goal and 7 assists.

Aymeric Laporte (8.5 Cr) provided his second assist of the season that takes him to 2 goals and 2 assists in the season which should allow him to give his all in this contest.

Marcos Alonso (9.0 Cr) was able to show his fighting spirit in the last match against Liverpool which can be channeled into a strong form that can improve his contributions in this match.

Thiago Silva (8.5 Cr) likes to work as an anchor defender with the ability to give his all in every match that is well backed up with his sharpness during set-pieces that makes him an important contributor.

Kevin De Bruyne  (9.5 Cr) has unleashed his attacking form that has earned him 5 goals with 1 assist with the potential to provide fantastic contributions with his playmaking skills that make him our prime choice.

Bernardo Silva (9.5 Cr) provided his 4th assist of the season against Arsenal in the last match along with his potential to regain his strong form that can be well backed up with his fighting spirit in this match.

Mason Mount (9.5 Cr) has scored 7 goals with 6 assists in the tournament so far that makes him the leading goal scorer for his team which makes him a potential game-changer for this contest.

Phil Foden (9.5 Cr) has been doubtful because of his lack of match fitness which should not stop him from making his presence known that has earned him 5 goals with 4 assists in the season.

Gabriel Jesus (9.0 Cr) can play a consistent role with his unselfish nature on the field that has earned him 2 goals and 7 assists that should keep him confident to perform well in this match.

Romelu Lukaku (10 Cr) was able to return on a high note with a clearance in the locker room which should allow him to get back with his strong form that has earned him 5 goals and 1 assist.

Kevin De Bruyne is our captain because of his ability to create consistent contributions with an improving form.

Joao Cancelo is our vice-captain because of his potential to push his contributions in attack and defense. 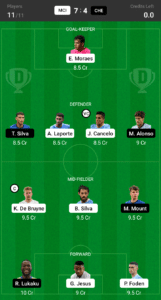