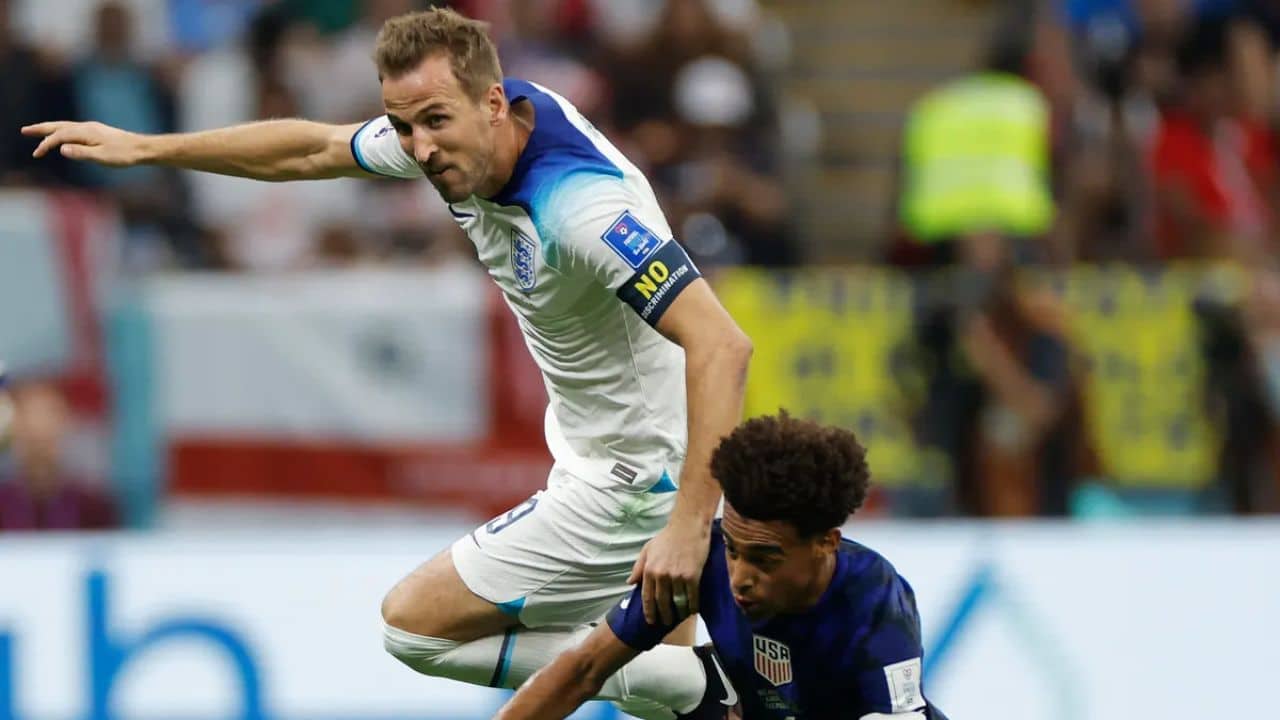 At the FIFA World Cup game between the USA Vs England on Friday, the debate between football and soccer took a hilarious turn.

By chanting “It’s called soccer,” the American fans at the stadium made fun of the English players.

So far, the USMNT has done better than the star-studded English team and made a lot more chances. Christian Pulisic, a midfielder for Chelsea and a star for the USMNT, almost scored when his shot from outside the box hit the crossbar and went back.

England almost scored at the end of the first half when Mason Mount took a shot. But USMNT goalie Matt Turner made a great save to keep the shot from going in. In terms of statistics, the first half was pretty even, with both teams getting one shot on goal.

England had most of the ball during the game, while the USMNT used the speed of Timothy Weah and Christian Pulisic to attack on the break. Even though both teams had chances to score, there was no goal in the first half because neither team had a clear chance to score.

THE USA ULTRAS ADAMANT ITS CALLED SOCCER….THE ENGLISH ENRAGED BY SUCH A CLAIM ⚽️🇺🇸 pic.twitter.com/wD1KVogiHA

“@taylorswift13 We know you love your London Boy, but we’ll do our best to make Miss Americana proud today “The post also said that Swift received a custom-made USMT jersey with her name on the back. Swift did not tweet back to USMNT’s message.

What Is USMNT? What Does It Stand For?

The US men’s national soccer team is the team that represents the US in international men’s soccer games. The United States Soccer Federation is in charge of the team, and it is a member of both FIFA and CONCACAF.

As the host country in 1994, the U.S. got an automatic spot in the tournament and lost to Brazil in the round of 16. They qualified for the next five World Cups (seven in a row from 1990 to 2014, which is something only seven other countries have done), became a regular competitor in the tournament, and often made it to the knockout stage.

To know more about USA Vs England FIFA World Cup 2022, do follow The SportsGrail on a regular and frequent basis.

ALSO READ: Teddy Hart And CM Punk On And Off Ring Beef Explained