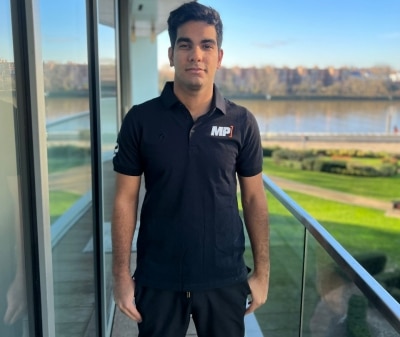 Mumbai, Jan 23 India’s young upcoming driver Jehan Daruvala will race for reigning Formula 2 champions MP Motorsport (The Netherlands) as he returns to the Formula One feeder series in 2023.

The 24-year-old, an established front-runner in the category, will drive alongside Norwegian Dennis Hauger, his Prema Racing teammate from last year.

Daruvala will combine his F2 campaign with his Formula E role with Indian manufacturer Mahindra Racing, who announced him as their reserve driver in November.

Daruvala, a four-time Formula 2 winner, got his first taste of MP Motorsport machinery in the post-season test in Abu Dhabi in November last year. He was immediately on the pace, setting the second-quickest time on the second day of the three-day test, and also gelled well with the team’s mechani and engineers, his management team informed in a release on Monday.

Daruvala said, “I’m extremely excited to be racing for MP Motorsport. The team has progressed tremendously and impressed the entire F2 field with their performances last year. They showed a consistent front-running pace, wrapped up both the drivers’ and team’s titles and go into the 2023 season as the team to beat. I am confident Dennis and I can build on that success and lead the team to more race wins, podiums and, hopefully, championship glory in 2023.”

MP Motorsport team principal Sander Dorsman said, “At MP, we are delighted to welcome Jehan to our FIA F2 team. He has been a consistent frontrunner right from his debut in the category, taking wins in every F2 season he has competed in. His experience will be of great value to the team, so we are very much aiming for a repeat of last year’s form.”

Jehan Daruvala made his single-seater motorsport debut in 2015 in the Formula Renault 2.0 Northern European Championship series. The Indian has won in every category he has raced in and finished third in the 2019 FIA F3 championship. He made the step up to F2 in 2020 and has raced to four wins and 15 podiums.

Last year, he successfully completed three Formula One test sessions with former champions McLaren, making him eligible for a Formula One super licence. Jehan has also been signed up by Mahindra Racing to serve as the Indian manufacturer’s Formula E reserve driver.