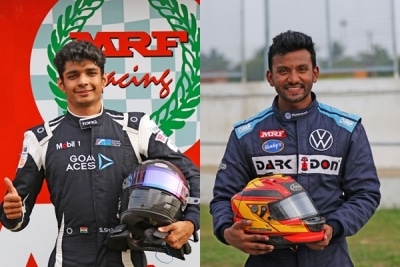 Chennai, Jan 20 Sohil Shah, the 21-year old from Bengaluru, qualified for pole position in the MRF Formula 2000 category as the third and penultimate round of the MMSC fmsci Indian National Car Racing Championship 2022 commenced at the Madras International Circuit, here on Friday.

In the only other qualifying session, for Volkswagen Polo Cup, Chennai’s Sandeep Kumar, the defending champion, grabbed the pole position to complete a fine day as he was also quickest in the free practice session for the touring cars category (Indian Touring Cars), earlier in the day.

Sohil, a former National karting champion, who sat out the previous five races over two rounds, carried his free practice form into the qualifying session where he put in a lap of one minute, 31.910 secs, to take P1 for Saturday’s Race-1, ahead of Chennai’s Mohammed Ryan (01:32.062). Championship leader Sai Sanjay (01:32.404) from Salem qualified for P3.

The 30-year-old Sandeep Kumar shaved almost a second off his practice session timing, with a lap of 01:55.729 in the qualifying run. Pune’s Pratik Sonawane, the 2019 VW Ameo Cup vice-champion, filled the front row clocking 01:56.376.

Earlier in the day during practice sessions, Chennai drivers hogged the limelight in the touring cars categories.

Sandeep Kumar (Rayo Racing) was the quickest among Indian Touring Cars in a Volkswagen Virtus, clocking a best lap of 01:54.751. Akkineni Anand Prasad (Performance Racing, 01:55.286) topped in the Indian Junior Touring Cars class while team-mate Ritesh Rai (02:04.254) was the best in the Super Stock.

Incidentally, championship leader in the ITC category, Arjun Balu (Race Concepts) from Coimbatore sat out the practice session due to engine issues.