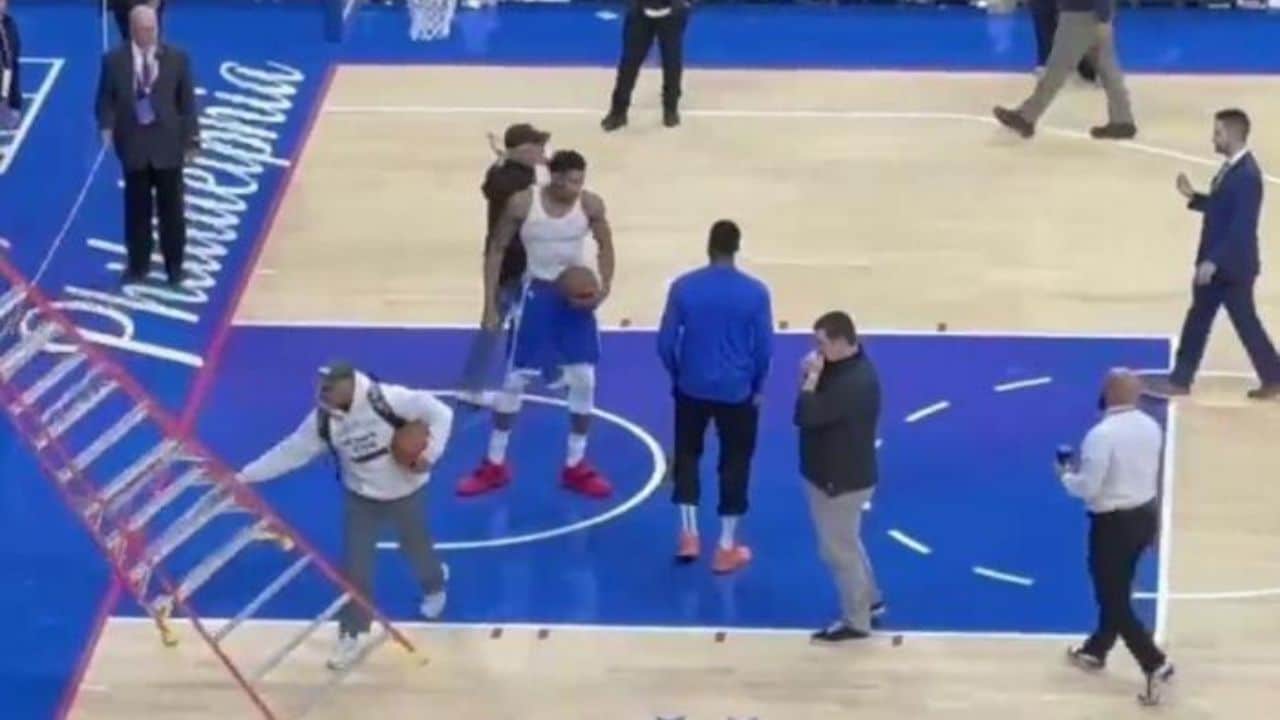 Giannis Antetokounmpo anger boiled over after the Bucks lost to the 76ers 110–102 on Saturday while the two-time MVP was practising free throws after the game, a strange scene took place with his ladder video viral

He went back out on the court to work on his free throws after a terrible night in which he made only 4 of 15 free throws. But as his shooting time was coming to an end, he saw a group of arena workers putting up a big ladder in front of the basket.

Giannis was NOT a happy camper after losing to the Sixers on Friday night, knocking down a ladder before shooting free throws 😳

Giannis Antetokounmpo walked away from the free throw line and seemed to talk to the workers at the Wells Fargo Center. When the workers didn’t move the ladder, the Bucks star pushed it out of the way. This made the ladder slide a few feet before it tipped over and fell.

He told reporters almost an hour after the game was over that he had “never tried to disrespect anyone.” He called the incident “a bad thing that happened.”

What Did Giannis Antetokounmpo Told ESPN About The Event?

When asked how people saw what he did, the 27-year-old said that he didn’t mean for the ladder to fall, but that he thought it was okay to put in more work on the court.

Harrell reportedly took the ball that Antetokounmpo was using before the ladder incident and left the court. He left the arena before reporters could find out what had happened. He then gave a short explanation of what he had done on Twitter.

To know more about Giannis Antetokounmpo, do follow The SportsGrail on a regular and frequent basis.