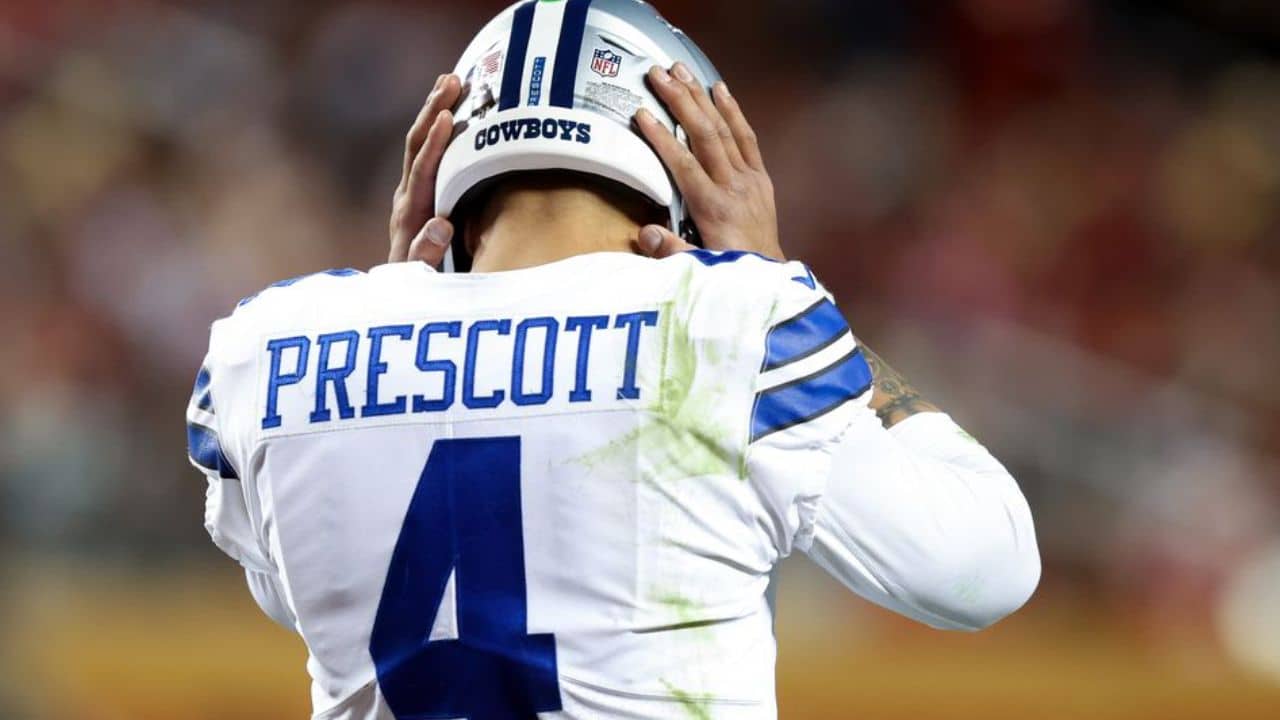 The outraged fans were seen throwing away hundreds of dollars as a result of the team’s loss to the 49ers.

Fans are seen setting fire to Prescott’s shirt in the footage.

Dak Prescott struggled against the 49ers at Levi’s Stadium after turning in one of the best performances of his NFL career in Dallas’ wild-card victory over the Tampa Bay Buccaneers on the road. The squad lost 19–12 as a result of his two costly interceptions, which were reflected in the final score.

A quarterback who repeatedly demonstrated during the regular season that he was prone to having a poor, turnover-filled game and that is precisely what he did, stole this winnable game from them.

In Sunday’s NFC Championship Game, Cowboys owner Jerry Jones will watch a rookie quarterback who began the season third on the depth chart take the field. This must be painful.

The 49ers will play the Eagles in the NFC Championship Game.

The pain of watching their favourite team lose in the playoffs is enough for the majority of supporters. But what if your team’s season is ruined by a succession of incredibly unlucky events? That is exactly what happened to Dallas Cowboys supporters around the nation on Sunday night when their team lost to the 49ers 19-12.

San Francisco’s top-ranked defence performed admirably on Sunday, supporting the long-held belief that defence wins championships. Dallas was held to fewer than 300 total offensive yards by San Francisco, which also forced two Dak Prescott errors and thwarted the Cowboys on 10 of their 15 third-down efforts. The low-scoring competition had some memorable moments despite the lack of pyrotechnics.

The 49ers’ 12-game winning run, which is the longest in the NFL right now and ties the team’s record for the longest winning streak in a season from 1984, is the greatest winning streak in the league right now. In addition to winning their final nine regular-season games, they also won all three of their postseason games that year, defeating the Dolphins in Super Bowl XIX.