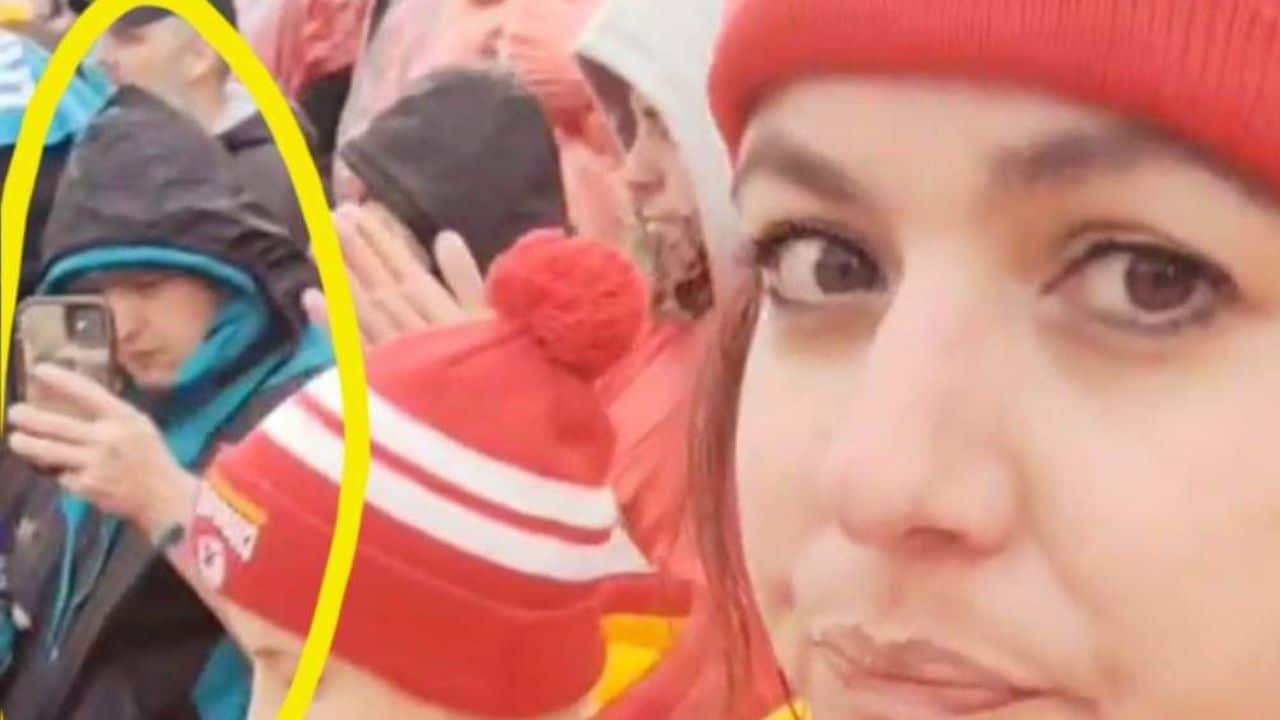 A Jaguars fan believed he was photographing a Chiefs fan in the act, but in reality, he was the one being arrested in 4K as he clicked her eating a baked potato

This is just one example of how much fun sports can be.

On Saturday inside Arrowhead Stadium, a female Chiefs fan appeared to be eating a baked potato that she pulled out of her pocket in a simple snapshot that the Jacksonville Jaguars fan posted from the cheap seats. No one can confirm if she took the baked potato to the game in her pocket or if she bought it at the stadium and put it in there.

“KC fan eating a baked potato out of her pocket. (Throw-up emojis)”

KC fan eating a Baked potato out her pocket 🤮🤮🤮🤢🤢 pic.twitter.com/ebeTnVVRAK

I caught you taking my photo as well. But I enjoyed a baked potato and a win. How about you? pic.twitter.com/ML4AdAzafB

The Kansas City Chiefs defeated the Jacksonville Jaguars 27–20 to win the AFC Championship Game for the fifth time in a row. Patrick Mahomes, trudging along on an ailing ankle, guided the Kansas City Chiefs to a 27-20 victory on Saturday by throwing for 195 yards and two touchdowns. The Bengals will now face them.

There were some more heroes in this game, in addition to Mahomes, who played with an injured ankle and carried the Chiefs to victory. Chad Henry, the team’s backup quarterback, immediately led them on a scoring drive. As usual, Travis Kelce had a stellar evening, hauling in a career-high 14 passes for 98 yards and two touchdowns. Isiah Pacheco gained 95 yards on the ground, while Marquez Valdes-Scantling scored the game-winning touchdown.

It wouldn’t have been shocking if the Jaguars pulled off a comeback victory over the Chiefs because they were becoming recognised for doing so. They defeated the Chargers only last week in the Wild Card Round after coming back from a 27-0 hole. But this week, no such luck. Trevor Lawrence passed for 217 yards, a touchdown, and an interception for Jacksonville in the losing effort.