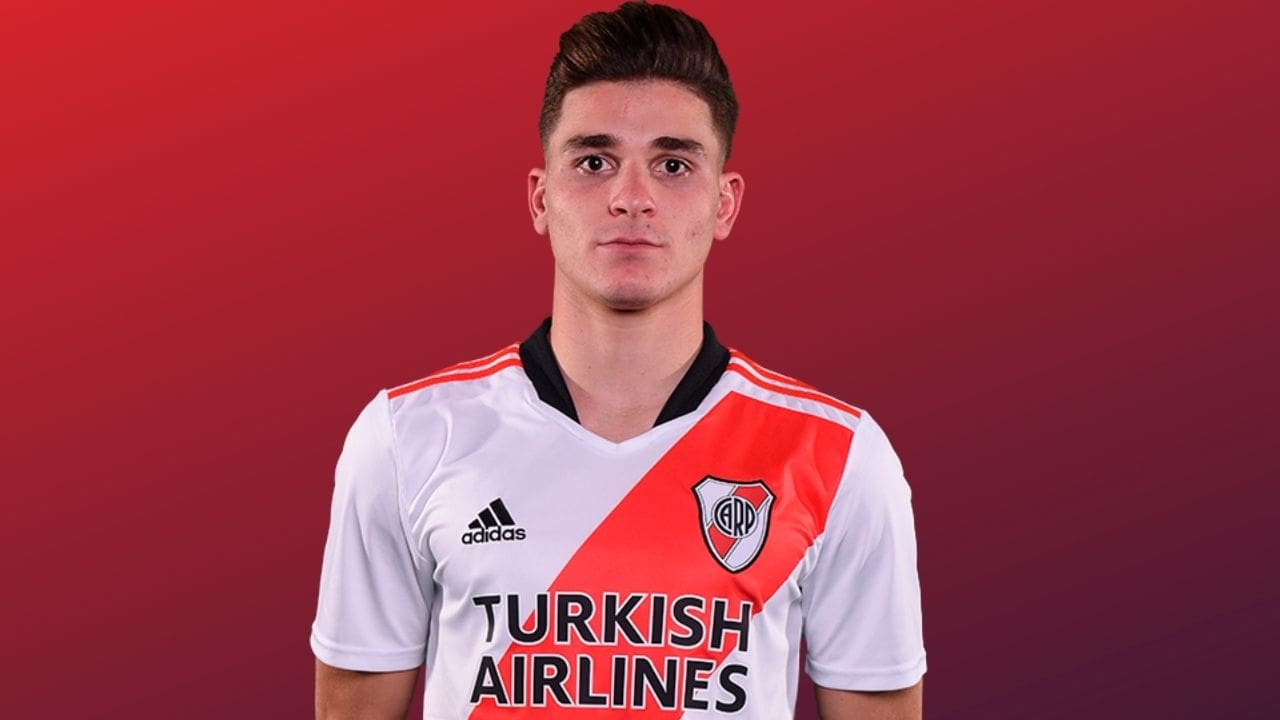 The top elite European clubs have been keeping an eye on this Argentine youngster, like Real Madrid, Tottenham, AC Milan, and many more clubs.

Many European clubs have started shifting their focus towards signing youngsters for the 2021-22 season and the upcoming seasons. This decision has been motivating youngsters like Julián Álvarez to stay focused, calm, and give their best on the pitch.

Young wonders have never failed to impress the fans in the history of football. Players like Lionel Messi, Kylian Mbappe, and Cristiano Ronaldo were examples of what a teenager can perform during his early football career.

Julián Álvarez played for Atlético Calchín which is a club from Calchín, Cordoba till 2016. He then participated in trials with Real Madrid and Boca Juniors. He scored two goals in five games at a youth tournament in Argentina.

In 2016, Álvarez received the signing offer from Club Atlético River Plate, but he was waiting for the selection results from Real Madrid. Unfortunately, Real Madrid did not sign Álvarez due to age restrictions, so Álvarez decided to join River Plate. River Plate signed him after his noteworthy performance at the Generation Adidas Cup with the club’s youth camp.

Álvarez was moved into River Plate’s senior team under Marcelo Gallardo who was managing the club during the 2018–19 season. Álvarez made his debut for River Plate on October 27, 2018, against Aldosivi in the Primera División installation. River Plate ended up winning the game 1-0 as Rodrigo Mora was substituted and Álvarez was called to play at the 64th minute with 26 minutes remaining.

He played 4 games for Argentina and scored one goal against South Africa. This performance helped him and he traveled to Poland for the U20 FIFA World Cup 2019. Fernando Batista later selected Álvarez  for the U23s in September 2019. Following the U23 selection, Álvarez got a call for the 2020 CONMEBOL Pre-Olympic Tournament which was won by Argentina. Álvarez scoring one goal against Venezuela in the 7 matches he played.

And then finally, Julián Álvarez debuted for Argentina’s national squad on June 3, 2021, in a World Cup qualifier against Chile. Ángel Di María was substituted in the 62nd moment and Julián Álvarez came to play.

Julián Álvarez is in high demand from top European clubs and his contract will expire on December 31, 2022. Reports suggest that this transfer will be around €21 million.

The net worth of Julián Álvarez for 2021 is around $5 million, but with the increasing attention, many brands are considering him as a future contract.

Julián Álvarez was River Plate’s most valued player for 2021, as his current market value is 16.5 million USD