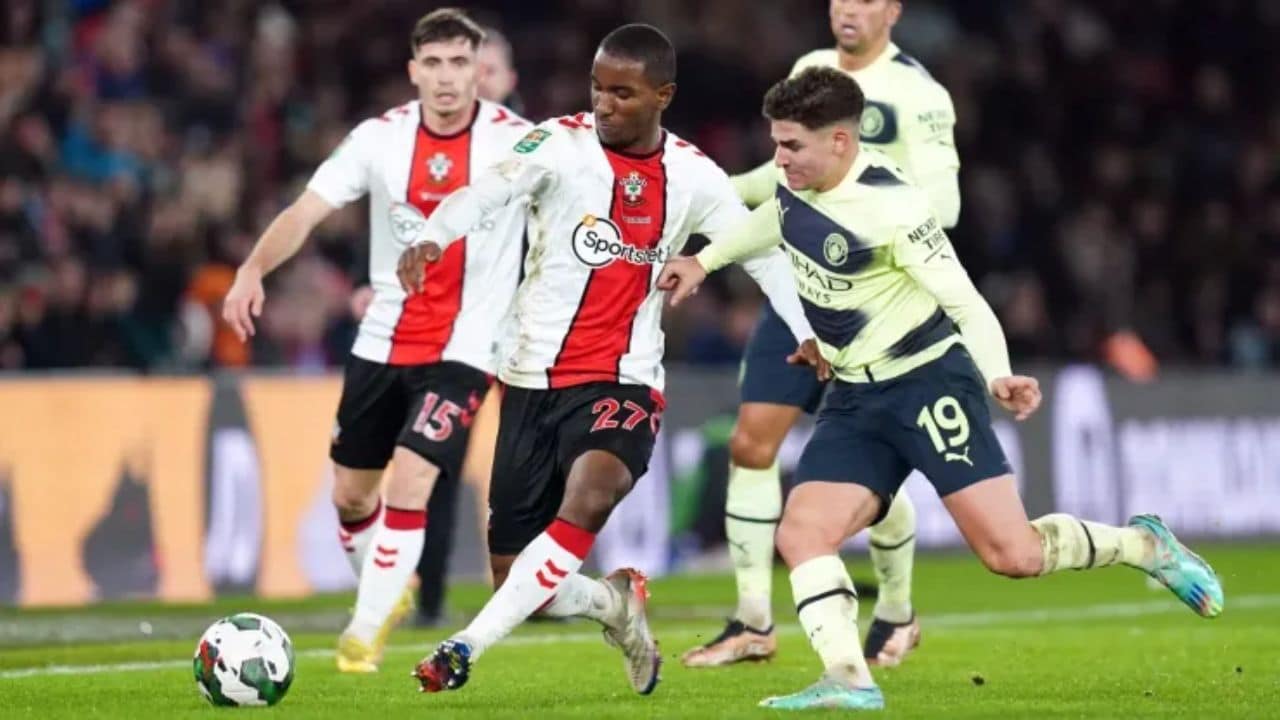 The EFL Cup 2022-23 also known as the Carabao Cup for sponsor reasons, will feature a semi-final clash featuring Southampton vs Newcastle United, find out how to watch all the live action in India along with the streaming and broadcast

The exciting match-up between Newcastle and Southampton will be a test for Southampton who are currently struggling in the Premier League.

Although the match will take place at the home of the Saints, Newcastle are the favourites to win the clash.

Both Southampton and Newcastle are coming of confident wins in their last EFL Cup outings. Southampton managed to bring a shock 2-0 defeat to reigning Premier League champions Manchester City in the quarterfinals.

On the other hand, Newcastle United also managed to do something similar by beating a big Premier League team.The Magpies beat Leicester City, 2-0 on their road to the EFL Cup 2022-23 semifinals.

Southampton and Newcastle United will play their first-leg clash at the St. Mary’s Stadium, home of the Saints. Currently, the two teams are on opposite ends of the Premier League table. Eddie Howe’s Newcastle United are displaying an impressive form of performance and are ranked in the third spot. Southampton on the other hand are pretty much struggling in the league. The team are currently placed on the bottom of the league table.

Southampton vs Newcastle date and time

The Southampton vs Newcastle semi-final clash in the Carabao Cup will take place on Friday, January 25 at 01:30 am IST.

Southampton is set to host Newcastle at the St. Mary’s Stadium for their Carabao Cup semi-final first-leg clash.

There is no live streaming and telecast of the ongoing Carabao Cup in India but fans can opt for a VPN service to watch the encounter or watch the highlights of the clash afterwards.