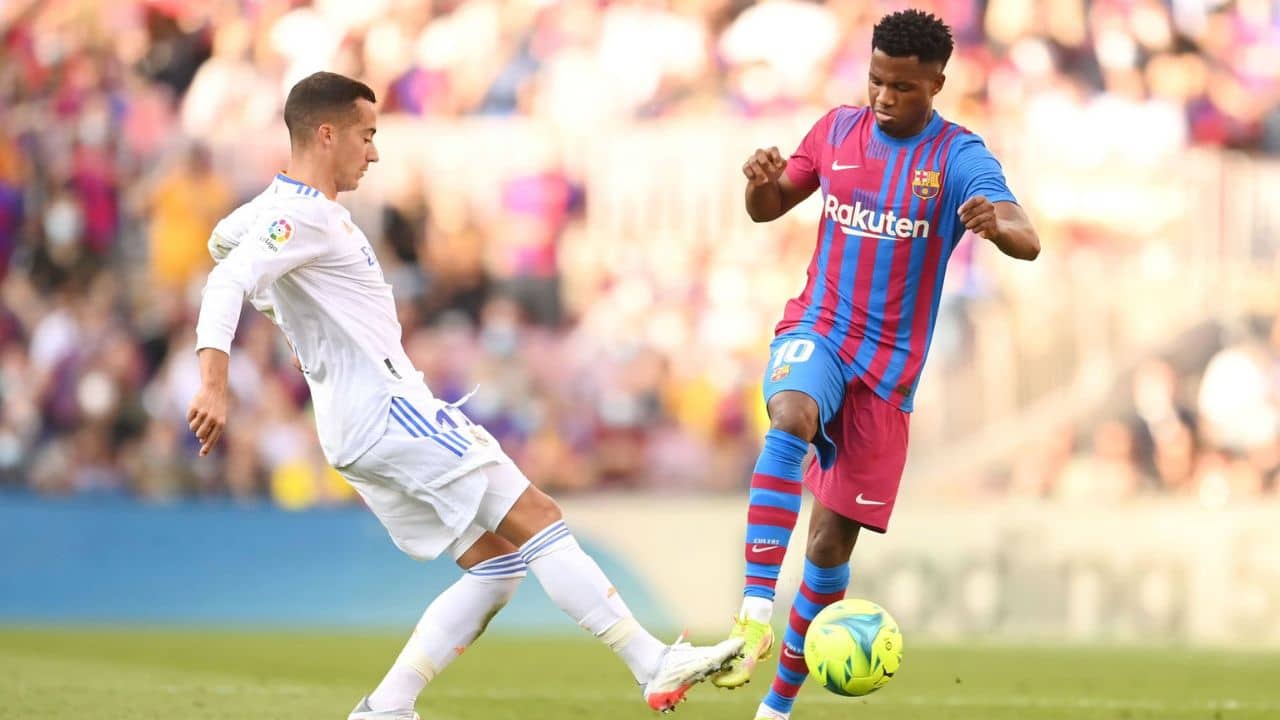 La Liga fans are all ready for an exciting El Clasico fixture as Real Madrid vs Barcelona is all set to go down in the La Liga this weekend, find out the 2022 date, IST time, venue, live stream details, etc.

The upcoming game will be crucial for both sides as both the Spanish giants struggled to find form in their recent matches in the UEFA Champions League midweek.

Both sides only managed to pick up draws and they will both be eager to get back to winning ways.

The greatest rivalry in football! – where everyone is thirsty for victory.
Who will come out the winner?
Real Madrid vs Barcelona @ 16:15CAT#GreatestFootballSeason #ElClasico #LaLiga pic.twitter.com/tJ010wr6Rl

As of now, the La Liga table proves to be very competitive with eight games already in. Barcelona currently sits in first while Real Madrid sits in second place. However, this is just based on goals difference as both teams have 22 points.

The two major clubs have a huge history, and the El Classico fixture has produced some of the most entertaining performances in the history of football.

The Real Madrid vs Barcelona match will take place on Sunday 16 October 2022 at the Santiago Bernabeu. The match is scheduled to kick off at around 3:15 pm UK time and 7:45pm IST.

Football fans in England can watch the El Classico live in England on LaLigaTV and Premier Sports 1.

Fans that are looking to live stream the big match need to have a subscription. La Liga TV will cost around £6.99 a month and offers an abundance of games from the Spanish division.

PremierSports 1 is on Sky Channel 412 and Virgin Channel 551.

Going ahead, Real Madrid will not feature Dani Ceballos and Thibaut Courtois. Courtois is currently facing a late fitness test.

Meanwhile, Barcelona currently have somewhat of an injury crisis. Hector Bellerin, Andreas Christensen, Jules Kounde and Memphis Depay all injured until late October. Ronald Araujo on the other hand is injured until mid-November.

So far, the two sides have met 233 times across all competitions. Out of that 233, Barcelona have won 88 times, while Real Madrid have won 97. Moreover, there have been around 48 draws between the two sides.

Betting markets indicate that the upcoming El Classico fixture will be a very tight game.

Given below are the odds for all the three possible outcomes.

Since the upcoming fixture is a big game for both sides, both managers will undoubtedly be nervous. However, Los Blancos will probably be the winning side that day.