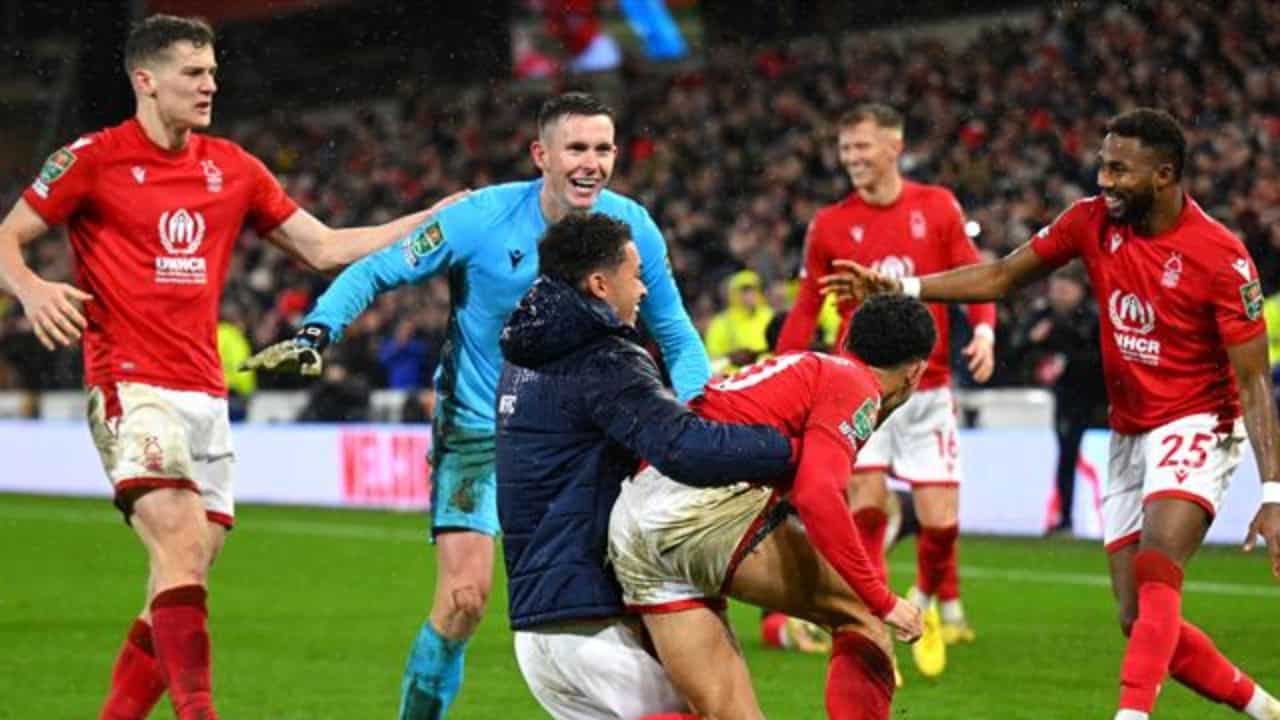 It’s Nottingham Forest vs Man United in the EFL Cup also known as the Carabao Cup semi-final clash, find out how to watch the live streaming and telecast of the match in India

Manchester United have currently found a form of resurgence in their performances this new year and are confident as ever.

Ready for a night under The City Ground lights. ✨ pic.twitter.com/jPboiVaaV6

Erik ten Hag’s will be looking to get back to their winning ways after their most recent defeat to Arsenal.

Manchester United’s match against Nottingham Forest is the first leg of their EFL Cup 2022-23 semi-final tie. To reach the EFL Cup semifinals, Erik ten Hag’s men crushed Charlton FC 3-0 in the quarterfinals. On the other hand, Steve Cooper’s side defeated Wolverhampton Wanderers to make it to the semifinals of the EFL Cup.

Man United lost their most recent game against Arsenal in the Premier League on Sunday, which ended their 10-game unbeaten streak across all competitions. The Red Devils will be looking to hit back and are the clear favourites ahead of the match. Meanwhile, Nottingham Forest have a good record for their last Carabao Cup fixtures against big teams having knocked out Premier League giants like Wolves and Tottenham Hotspur in their previous outings.

The two teams have previously squared off against one other seven times. Manchester United have outwardly been the dominant team with six wins and one draw.

The exciting clash between Nottingham Forest and Manchester United in the Carabao Cup semi-final clash will take place on Friday, January 26 at 01:30 am IST.

The match between the two teams will take place at the City Ground, West Bridgford, Nottinghamshire, England.

There is no live streaming and telecast in India of the ongoing 2022/23 edition of the Carabao Cup.