Not politics but educational app my new venture: Ganguly 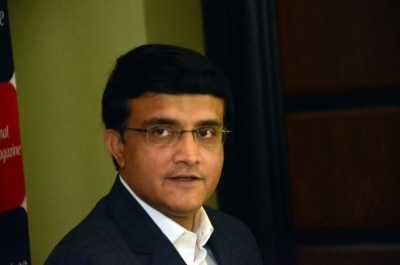 Kolkata, June 1 After sparking speculations of a possible political debut with a cryptic tweet on Wednesday, BCCI President Sourav Ganguly sought to dispel the rumours and clarify on his next venture.

After a few hours of leaving people guessing, Ganguly himself made it clear late on Wednesday that it is not politics, but an educational app that will be his new venture.

The former India captain also made it clear that the new venture will not affect his existing innings with the Board of Control for Cricket in India (BCCI).

“The message was a simple advertisement stunt. There is no question of me resigning from the chair of the BCCI President. I am going to launch a commercial educational app, which will be my own venture,” he told a section of the media.

However, his Twitter message on Wednesday afternoon had enough ingredients to give rise to speculations that he might be ending his cricketing innings and making debut in politics.

“2022 marks the 30th year since the start of my journey with cricket in 1992. Since then, cricket has given me a lot. Most importantly, it has given me the support of all of you. I want to thank every single person who has been a part of the journey, supported me, and helped me reach where I am today.

“Today, I am planning to start something that I feel will probably help a lot of people. I hope you continue your support as I enter this chapter of my life,” Ganguly’s tweet read.