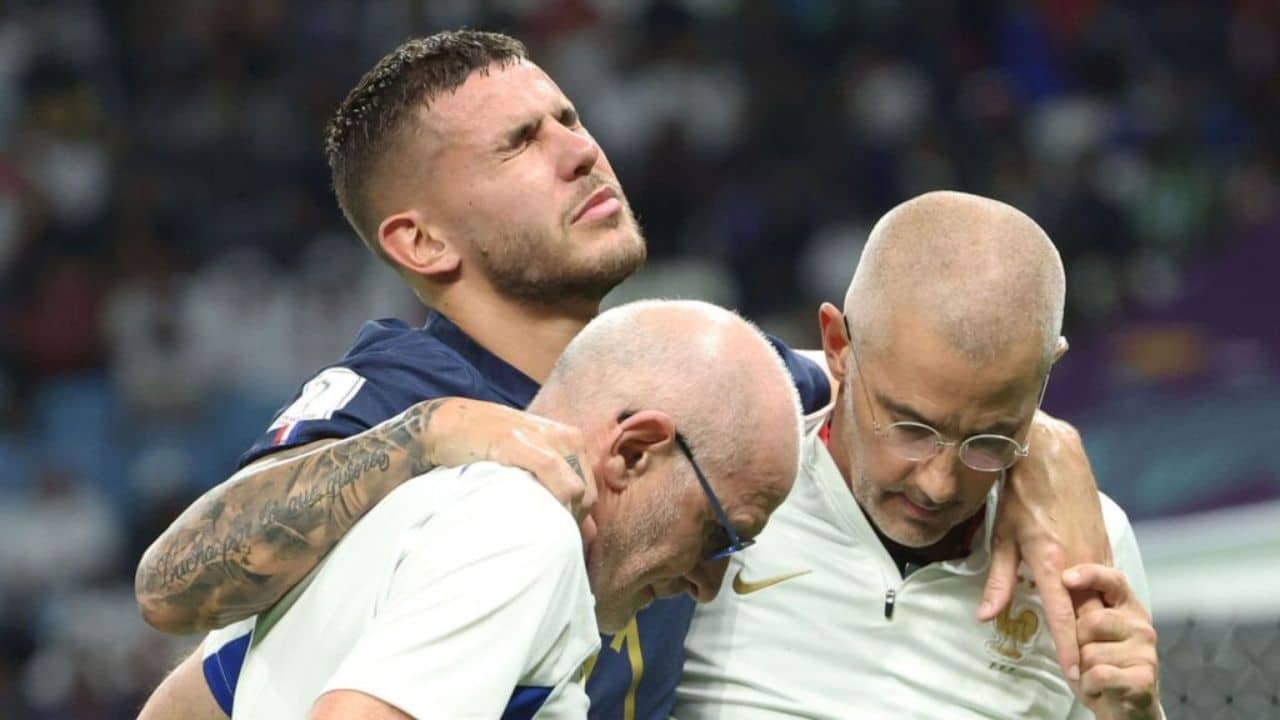 In the ninth minute of the game, Australia scored a goal, and Lucas Hernandez walked off the field due to a knee injury, know his latest update now

Lucas is out of this world cup.

Reigning champion France’s Lucas Hernandez will not compete in the FIFA World Cup 2022 after sustaining a knee injury against Australia on Tuesday. After Australia had scored in the ninth minute of play, Hernandez limped off the field. He was replaced by his brother Theo Hernandez.

Bayern sporting director on the injury of Lucas

Hasan Salihamidzic, the sporting director of Bayern Munich, said that the medical staff of the French national team has informed them that Hernandez has damaged the cruciate ligament in his right knee. Naturally, they are all surprised. However, Lucas is a champion and will bounce back strongly.

Bayern Munich has stated that Hernandez will go back to Munich to continue his recuperation. He will soon fly out of Doha, make his way to Bayern, have his surgery, and then return to Munich to complete his rehabilitation. Fans were reassured by Salihamidzic that he will receive all the assistance need.

France has been dealing with Injuries.

Additionally, Deschamps is without important contributors Paul Pogba, Christopher Nkunku, N’Golo Kante, and Presnel Kimpembe, who were instrumental in France’s World Cup victory in Russia in 2018. For the first time since Brazil in 1962, Deschamps’ team hopes to successfully defend the trophy.

Craig Goodwin scored in the ninth minute to give Australia a quick 1-0 lead over France against the 2018 FIFA World Cup champions. In the 27th minute, France equalised with a goal from Adrien Rabiot following a cross to the middle of the box. With a second goal in the 32nd minute, Oliver Giroud gave France a 2-1 advantage over Australia.

France had the advantage as the second half got started, and Australia was once more having trouble scoring goals. Kylian Mbappé scored his first goal with a lovely header in the 68th minute, and Olivier Giroud scored three minutes later to give France a 4-1 victory over Australia. With two goals in a 4-1 victory, Olivier Giroud tied Thierry Henry for second on France’s all-time scoring chart with 51 goals.