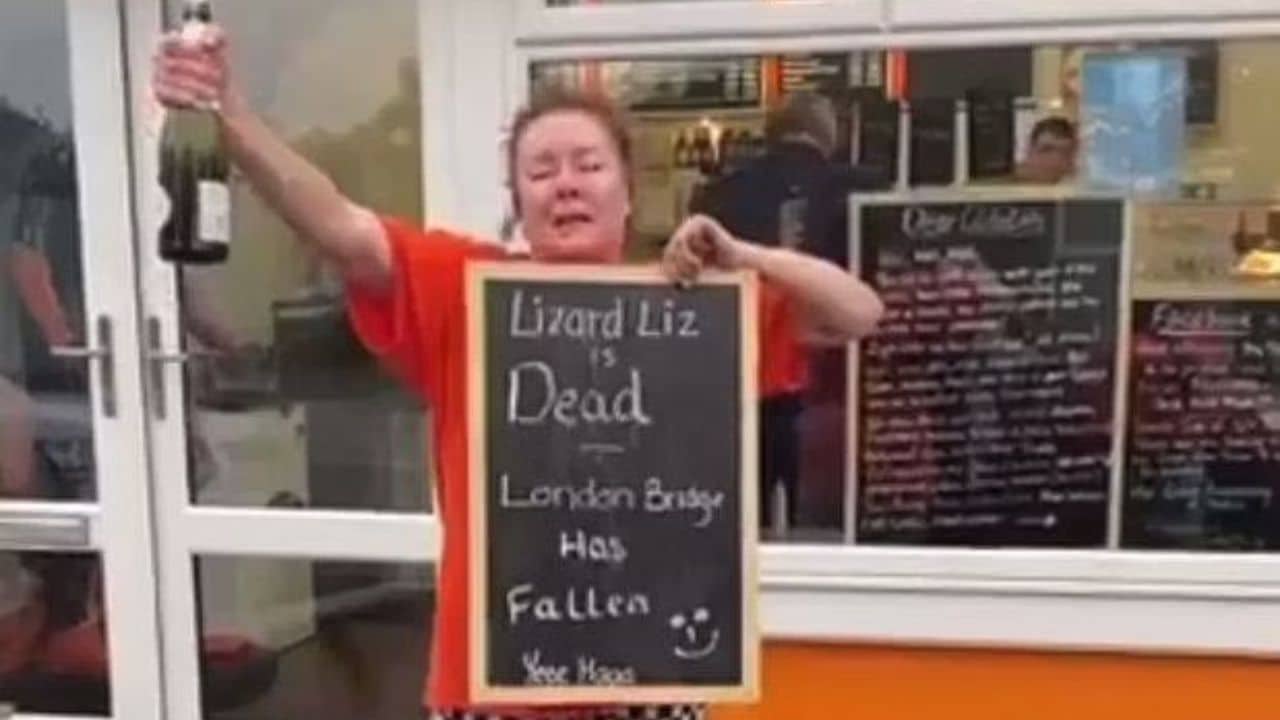 Jacki Pickett, who is the owner of Jaki Fish and Chip Shop, is facing the wrath of the internet after celebrating the death of Queen Elizabeth II. This restaurant owner was seen dancing and spraying champagne as she held an insensitive sign declaring the monarch’s death. Since she was making havoc in the locality, law enforcement was forced to close down the shop.

This woman right here is a disgrace to society, please DO NOT assume us #Scots agree with this. Give her some jail time! Horrible nasty woman. #jackipickett owner of #jakifishandchipshop pic.twitter.com/q5crNGdCgx

On Thursday, 8th of September, 2022, Queen Elizabeth II died at the age of 96 at Balmoral. Tributes have poured all across the globe from members of the public, celebrities, and world leaders. However, Jacki’s behavior following the queen’s demise was very much shocking.

The Jaki Fish and Chips owner Jacki Pickett uploaded a video of herself celebrating the death of Queen Elizabeth II. In a now viral clip, Jacki was seen popping a bottle of champagne shortly after the Queen’s demise. She also held up a chalkboard sign that read – “Lizard Liz Dead and London Bridge have fallen.”Several officers were called to the Muir of Ord chippie in Scotland after a crowd gathered in front of the Jaki Fish and Chips chippie to berate the restaurant owner.

Media sources claimed that angry Brits pelted her chippie with eggs and condiments after Jacki uploaded the video online. It was alleged that Jacki Pickett drove away from the shop after demonstrations against her chippie erupted. Moreover, the same has not been confirmed yet. Police officers have also stated that there was “no suggestion that a crime was committed.”

Internet users were enraged by an insensitive act. Few netizens stated that the Jaki Fish and Chips owner deserved to have her business thrashed by her fellow townies. Apart from being an anti-monarchist, Jaki Fish owner’s actions were very immoral in nature. Several slammed Pickett across social media handles. The police have not yet released any official statement or announced any penalty and punishment against Jackie.