Advertisement
HOME  »  BADMINTON   »   It’s sad that we were not consulted before the formation of oversight committee: Bajrang Punia

It’s sad that we were not consulted before the formation of oversight committee: Bajrang Punia 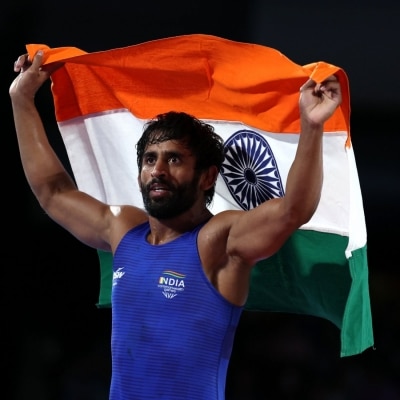 New Delhi, Jan 24 Olympic medallist grappler Bajrang Punia on Tuesday expressed his disappointment that wrestlers were not consulted before the formation of the Oversight Committee by the government.

Last week, Thakur had announced the formation of the Oversight Committee to handle the day-to-day activities of the WFI after a group of wrestlers led by Olympians Bajrang Punia, Sakshi Malik, Vinesh Phogat, Ravi Dhaiya and Deepak Punia sat on a protest at the Jantar Mantar alleging many irregularities by Wrestling Federation of India (WFI) including mismanagement of governance and sexual harassment of women grapplers by coaches and the WFI president Brij Bhushan Sharan Singh.

Earlier, the minister also informed that Brij Bhushan Sharan Singh has been asked to cease functioning as WFI president till the inquiry by the Oversight Committee is completed and has been told not to interfere in the day-to-day functioning of the WFI.

The Indian wrestlers had called off their protest last Friday night after a second meeting at Thakur’s residence in the national capital.