Advertisement
HOME  »  FOOTBALL   »   “I sh*it on your prost*tute mother,” What Gerard Pique Said To Referee Gil Manzano To Get Red Card Vs Osasuna

“I sh*it on your prost*tute mother,” What Gerard Pique Said To Referee Gil Manzano To Get Red Card Vs Osasuna 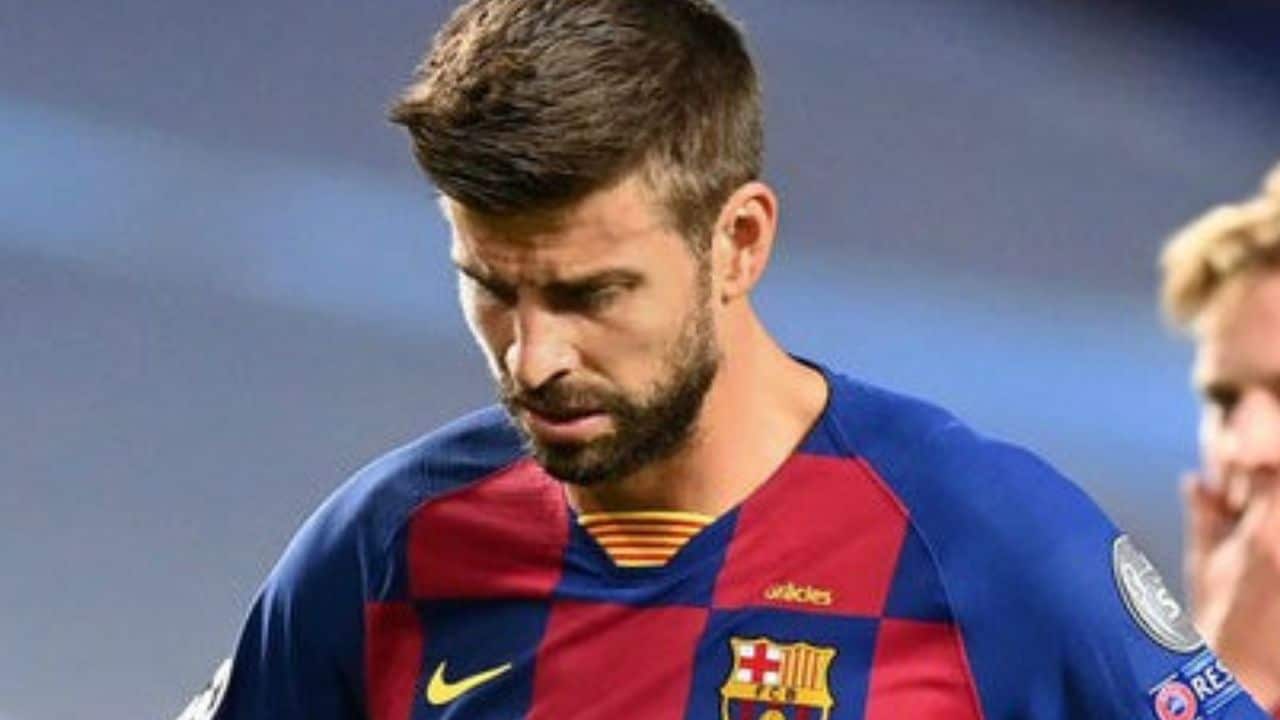 Despite sitting on the bench for his final game, Pique received a red card with a potential six-match ban.

Piqué: "My red card against Osasuna? I went to talk to Gil Manzano, and I explained several plays to him. I told him that his decisions always affect us, and that's why he sent me off. I didn't say anything else. I didn't insult him… It was a teammate." pic.twitter.com/cN2YlwYQQx

Gerard Piqué won't have a chance to play in his final professional game after he was shown a red card as a substitute at halftime for arguing with the officials 😳 pic.twitter.com/fYSNUHhuHH

The veteran 35-year-old, who plays as a central defender bade an emotional goodbye to Barcelona fans at Camp Nou on Saturday night.

Barca head coach and former teammate Xavi, included Pique among the list of substitutes for the match against Osasuna. Although Xavi might have had plans of subbing in the Spanish star mid-game, Pique threw away all chances after receiving a red card halfway through the match.

Match referee Jesus Gil Manzano gave a straight red card to Pique at the end of the first half.

Why Did Pique Receive A Red Card

Video Footage revealed Pique protesting against the referee during the end of the opening 45 minutes. However, viewers cannot make out what exactly Pique said to the match official from the video footage.

According to Spanish football writer Samuel Marsden, Pique allegedly made some foul remarks to the referee.

He quoted the legendary defender as saying:

“Have you seen the corner [for the Osasuna goal]? You are the referee that has f***ed us the most by a distance. You are a f***king disgrace, go f*** yourself.”

“I s*** on your prostitute mother”

Following the red card, Pique would have potentially received a six-match ban for his foul comments towards Referee Gil Manzano. However, since the veteran is now officially a retired player, Pique will face the consequences. He will however receive the punishment should he decide to change his plans and continue his career.

Pique’s incident is not the first time something like this has happened. Back in the 2006 World Cup final between Italy and France, Zinedine Zidane received a red card. The incident became one of the most infamous red cards ever given in football history.

The legendary midfielder received a three-match ban after a strong headbutt on Marco Materazzi. However, similar to Pique, it was his final professional game, which meant that he would never have to face the consequences.

Pique’s Reaction To The Incident

Pique, was initially expected to come on the pitch in the second half. However, following his red card, the 35-year-old simply posed alongside Robert Lewandowski in the away dressing room after the match.

Robert Lewandowski also got sent off in the first half but Barcelona still managed to come behind from 1-0 to secure a 2-1 victory despite being one man down. Barca’s two second-half goals came from Pedri and Raphinha.

With the win against Osasuna, Barcelona are five points clear of rivals Real Madrid at the top of La Liga. However, Madrid can reduce the gap back to two points if they manage to defeat Cadiz on Thursday night.