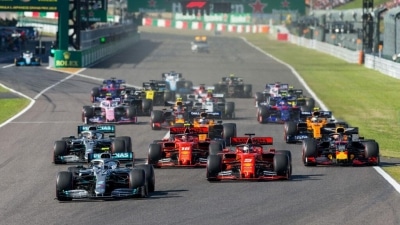 “The FIA Formula 1 World Championship visits countries all over the world with a positive vision to unite people, bringing nations together. We are watching the developments in Ukraine with sadness and shock and hope for a swift and peaceful resolution to the present situation.”

“On Thursday evening Formula 1, the FIA, and the teams discussed the position of our sport, and the conclusion is, including the view of all relevant stakeholders, that it is impossible to hold the Russian Grand Prix in the current circumstances,” said a statement from Formula One.

Earlier on Thursday, just hours after Russia invaded Ukraine, four-time world champion Sebastian Vettel had said that he would not race in the Russian Grand Prix if it went ahead.

“My own opinion is I should not go, I will not go. ‘ think it’s wrong to race in that country. I’m sorry for the people, innocent people who are losing their lives, getting killed for stupid reasons under a very strange and mad leadership. I woke up again after this morning’s news, shocked. I think it’s horrible to see what is happening,” Vettel was quoted as saying by The Guardian.

Reigning world champion Max Verstappen agreed with what Vettel had said. “When a country is at war, it is not right to race there.”

Previously on Friday, UEFA has decided to shift the 2021-22 Champions League final from Saint Petersburg to Stade de France in Saint-Denis, France for May 28.

Apart from this, football club Manchester United dropped Russia’s largest airline fleet Aeroflot as a sponsor and ATP also said that next week’s ATP Challenger event in Moscow will not take place.