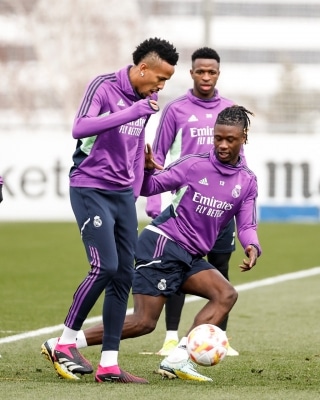 Madrid (Spain), Jan 24 The quarterfinals of Spain’s Copa del Rey knockout competition will be played on Wednesday and Thursday and throw up four interesting and well-balanced ties.

The big game on Wednesday is a Madrid derby between Real and Atletico Madrid in the Santiago Bernabeu Stadium. Real Madrid will start as favourites after their win in Bilbao on Sunday night and coach Carlo Ancelotti will be able to bring both Luka Modric and Toni Kroos back into his starting 11 after they were rested in San Mames.

Atletico Madrid beat Valladolid 3-0 at the weekend and have Antoine Griezmann in excellent form, while Memphis Depay could make his first start. Stefan Savic is also available after suspension, reports Xinhua.

The bad news for Atletico is the muscle injury suffered by Marcos Llorente, which means he will miss out against his former club.

Wednesday’s second game sees Osasuna at home to Sevilla, with the home side playing their first Copa del Rey game in the El Sadar Stadium since September 2018.

Valencia and Athletic Bilbao get the ball rolling on Thursday, with Athletic looking to recover from Sunday’s defeat to Real Madrid, where they were let down by their lack of efficiency in front of goal.

The Basque side are also out for sporting revenge after Valencia knocked them out of last season’s semifinal 2-1 on aggregate.

Valencia, meanwhile, have little time to recover after a 2-2 draw at home to Almeria in La Liga left them too close to the relegation zone for comfort.

The final match sees league leaders FC Barcelona at home to Real Sociedad, who have won a club record nine consecutive matches in all competitions.

However, Real Sociedad’s record in Camp Nou is very poor, with just three wins in 98 visits, and Barca will be strengthened by the return of striker Robert Lewandowski and Ferran Torres, who were both suspended for their narrow 1-0 win over Getafe on Sunday.