HOME  »  FOOTBALL   »   Ex-Girlfriend Deffonotchaur Chaurntae Reveals Thomas Partey Of Arsenal Is Being Investigated For The Rape Of Another Girl As Well As She Shares WhatsApp, Snapchat, Instagram Messages, Pictures Video On Twitter

Ex-Girlfriend Deffonotchaur Chaurntae Reveals Thomas Partey Of Arsenal Is Being Investigated For The Rape Of Another Girl As Well As She Shares WhatsApp, Snapchat, Instagram Messages, Pictures Video On Twitter 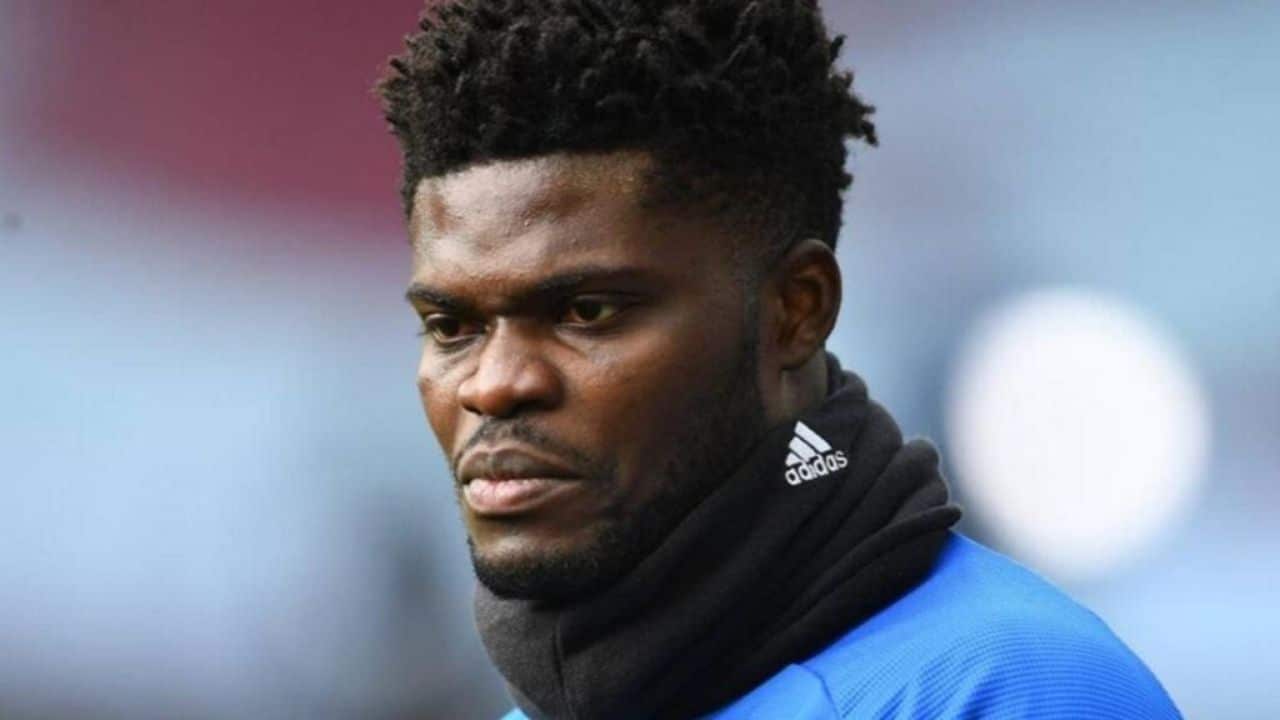 Thomas Partey, an Arsenal star, has once more been exposed on social media for new rape charges by an unnamed woman using receipts.

Remember how Thomas Partey, an Arsenal star, was supposedly accused of rape earlier this month by his wife, Sara Bella with the allegations viral on Twitter.

Ex-Girlfriend Deffonotchaur Chaurntae Reveals Thomas Partey Of Arsenal Is Being Investigated For The Rape Of Another Girl As Well As She Shares WhatsApp, Snapchat, Instagram Messages, Pictures Video On Deffonotchaur Twitter

Thomas partey is an ADMITTED rapist

No woman can accuse you of raping her and your response is this????

He raped me, left me in bed unconscious then went out to party in Ibiza, came back, laughed in my face and told me I don’t get to say no to him.

Not once said I was lying pic.twitter.com/qUGmwenNvI

After I accused him of raping me, he went out to dinner with his agent and security. Posting on his story like nothing happened

If you had just “falsely” been accused of rape over text would you say “I don’t need to wake you” then go out to dinner as normal? pic.twitter.com/FIXfn9h9Oj

Last tweet now. I did ask to return the money. My lawyer said I shouldn’t because if I do then I will be hit with libel and injunctions to stop me speaking.

This was months ago. I trusted the police would get me justice and they didn’t.

this woman is a loser for thinking that this isn’t clear but I don’t care. I will. I have nothing to hide. https://t.co/pExUH62zA4 pic.twitter.com/n44yvNMsNc

Polaroids from the yacht trip including a selfie he took himself on the camera https://t.co/W5ICVh1q58 pic.twitter.com/eKHs8PgkUb

For anyone trying to question the timeline

I told my friend immediately after it happened, she was on the trip with me. I texted him but he didn’t respond as he was out partying. He came back to tell me not to text him about it. Then told no one that I had just accused him. https://t.co/w7yIcnN8IV pic.twitter.com/RjkXPSUtQ7

Can’t be arsed to really scroll but here’s a video of us having a swimming contest at his place before what happened in Ibiza https://t.co/G3kSd4uviz pic.twitter.com/BMfJ3w1I1d

For anyone trying to question the timeline

I told my friend immediately after it happened, she was on the trip with me. I texted him but he didn’t respond as he was out partying. He came back to tell me not to text him about it. Then told no one that I had just accused him. https://t.co/w7yIcnN8IV pic.twitter.com/RjkXPSUtQ7

Show the episode where you find about about Thomas Partey. But continue to play him. https://t.co/XdcnjcEuRe

According to the alarming allegation, Thomas Partey was excused from Arsenal’s preseason schedule in Germany because he was attending to personal matters as the news went viral on Twitter.

According to reports, his Moroccan girlfriend Sara Bella, 29, was falsely accusing the 29-year-old Ghanaian footballer of rape. Bella, Partey’s Moroccan wife, allegedly accused the Arsenal player of rape after he declined to accompany her down the aisle.

The Arsenal star eventually rejoined his teammates in Germany for Arsenal’s preseason once the rumours subsided.
Thomas Partey is the subject of new rape allegations.

However, after being called out on Twitter on Thursday, July 28 about new rape allegations, Partey has once more been active on social media.

In a string of tweets, an unknown woman going by the Twitter handle @deffonotchaur appears to have called the Arsenal midfielder out by posting images of their private conversations with the alleged victim.

She claims that Thomas Partey attempted to shove his p*ns into her mouth while she was inebriated and dozing off. A strange gesture that she undoubtedly found offensive.

He raped me, left me in bed unconscious then went out to party in Ibiza, came back, laughed in my face and told me I don’t get to say no to him’ she claimed

The woman claims that she attempted to make amends with Partey right away after the incident occurred when they were dating, thinking that the Arsenal midfielder had only made a mistake. She further said that because her buddy was travelling with her, she immediately alerted her about the situation. She claims that after texting the Arsenal player while he was out partying, he didn’t react and sought to end the discussion.

The woman goes on to say that the incident occurred months ago, proving that she was also paid off to keep quiet about what she experienced.

She ultimately admits that the actual reason she is speaking up is that, despite being paid off, the police she reported the incident to months ago have not yet given her justice.

Thomas Partey had not yet reacted to the most recent accusations made against him as of Thursday night on Twitter.

It is also unclear what will happen next for Arsenal, who may now have to deal with a different problem concerning one of their key players’ public image. Partey turned down his lover Sara Bella’s marriage proposal, a source close to the Arsenal midfielder disclosed in a series of tweets.

After he declined to accompany her down the aisle, things had been going well for the couple, but Sara allegedly tried to blackmail him by accusing him of rape.

The alleged rape was brought to the attention of the police, who then arrested Partey, a local chief in Ghana.

When news further broke that Sara Bella’s social media status had been altered from “Married” to “Single,” it added a real twist to their romance.

Thomas Partey was reportedly in astonishment after spending roughly £700,000 on the same individual who had been accused of rape.

Partey earlier changed his name to YAKUBU and his religion from Christianity to Islam as a result of his purported rape accusation from her Moroccan girlfriend.
Sara Bella, who is she? Girlfriend of Thomas Partey.