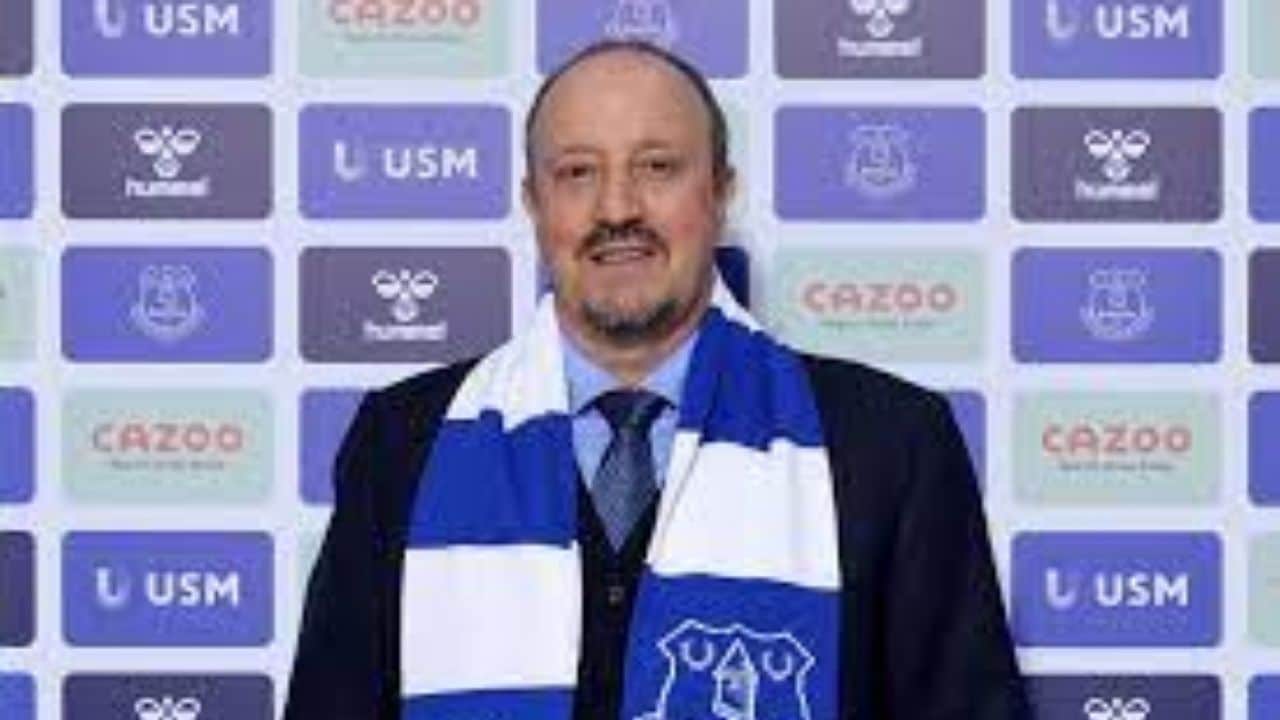 Rafa Benítez will ask the players to give their all to win against his former club making this the most crucial Merseyside derby. Welcome to the EVE vs LIV Dream11 team prediction and preview.

Everton come here after losing their 6th game of the season leaving them with 4 losses in their last 5 games with this crucial derby match which can be used to boost their confidence.

Liverpool are 3rd on the points table as they come here after a comfortable victory against Southampton which should push them to recreate better chances in this match.

Liverpool should win this match with most of the ball possession.

Demarai Gray is doubtful to appear.

J.Pickford (8.5 Cr) looks to give his all in each match and this derby will certainly keep him focused as he currently holds 37 saves along with 3 clean sheets which will be tested in this match.

T.Alexander-Arnold (9.5 Cr) has boosted in confidence with a strong presence in all competitions which shows his ability to achieve great development this season that makes him our prime choice.

A.Robertson (8.5 Cr) was able to create his attacking chances last season but is still not able to find his groove which should keep him confident to perform well in this match.

V.van Dijk (8.5 Cr) will be boosting with confidence after scoring his first premier league goal of the season which should allow him to continue with his adrenaline rush for the upcoming challenges.

A.Doucoure (9.0 Cr) should return from his injury as he was a crucial part in the midfield that saw him score 2 goals with 1 assist that should be retained for his fixtures.

F.Delph (8.5 Cr) was able to bring understanding and fighting spirit to the squad that can prove evident with his overall playing ability that can increase his contributions.

Thiago (8.5 Cr) has scored 2 goals in 2 matches which includes his first premier league goal that can keep him focused on creating better chance in this match.

J.Henderson (8.5 Cr) has managed his role in the midfield and can create strong build-ups along with the potential to score goals that makes him a crucial contributor.

Richarlison (9.5 Cr) has scored 2 goals in the season so far but is lacking with his attacking threat which should allow him to make his contributions in this crucial derby match.

M.Salah (11 Cr) has continued to play an important role in the team with consistent contributions in 13 premier league matches that make him our rime choice.

D.Jota (9.5 Cr) has gained momentum in the recent fixtures with brilliant attacking ower that has earned him consistent goal with 2 goals in the last match which should keep him boosted for more.

M.Salah is our captain because of his fantastic performances and consistent contributions

T.Alexander-Arnold is our vice-captain because of his improving form and impressive contributions in the recent games. 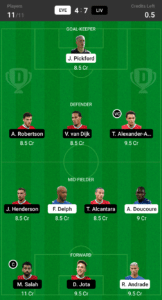