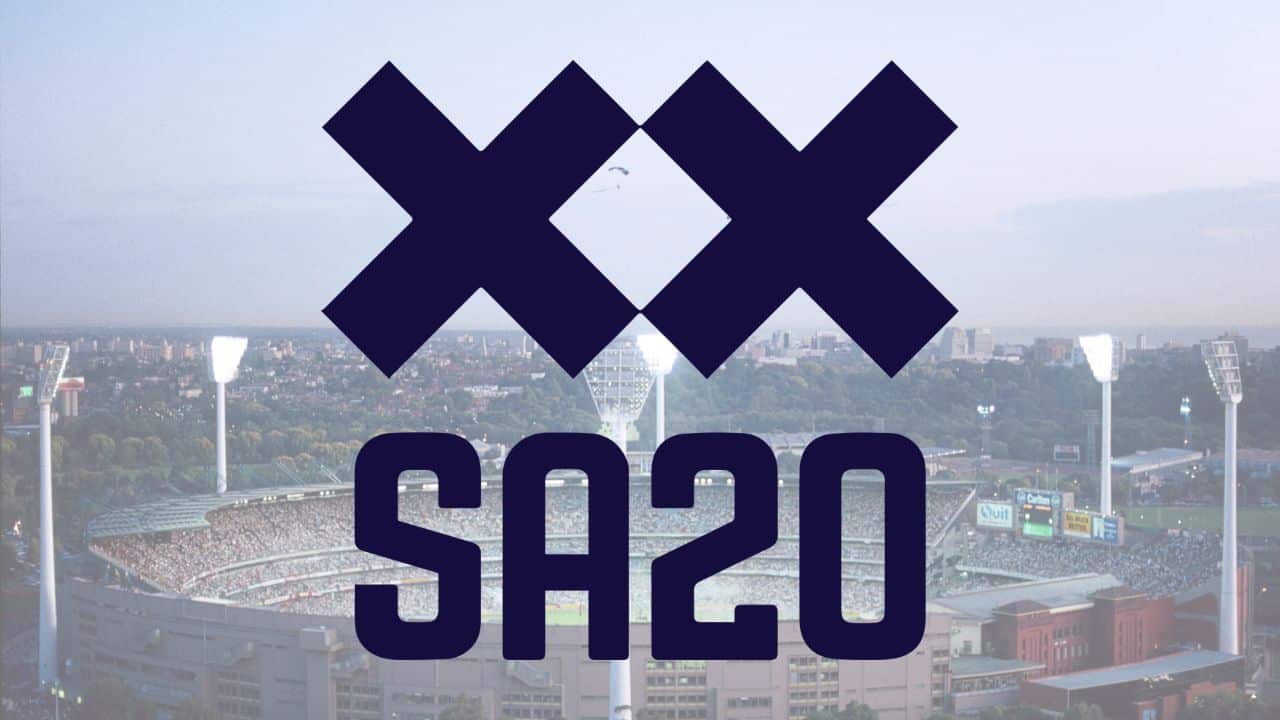 Sunrisers Eastern Cape will be all set to lock horns against Paarl Royals in this crucial SA T20 encounter. Welcome to the EAC vs PRL Dream11 team prediction today and match preview.

Sunrisers Eastern Cape have lost 2 of their last 5 games and will aim to retain their winning form after facing defeat in their last match which could help them bring out a stronger form in this match.

Paarl Royals on the other hand have lost 3 of their last 5 matches with a strong performance but lacking in consistency which can be worked on in the upcoming matches.

Paarl Royals could win this match by a close margin.

The pitch has a good surface for both departments. The winners of the toss should bowl first.

Adam Rossington (6.0 Cr) was brilliant in the last match that earned him 40 runs at a strike rate of 129.03 which should keep him motivated to regain a similar role coming into this match.

Jos Buttler (9.0 Cr) added 37 runs at a strike rate of 132.14 along with 1 catch as the wicketkeeper in the last match which could allow him to give his all in this contest.

Aiden Markram (9.0 Cr) created a majority of his contributions with his skills on the field in the last match but has shown amazing consistency with his batting skills which can be seen in this fixture.

Tristan Stubbs (9.0 Cr) lost his wicket for a duck in the last match but can keep the scoreboard moving with 28 runs that could lead to a stronger performance in this match.

David Miller (9.0 Cr) was able to bring his experience into the game after he was able to score 28 runs at a strike rate of 200 along with 2 catches to add his growing form.

Marco Jansen (8.0 Cr) leans more towards his bowling skills but has been creating consistent batting chances in the recent matches which can continue to grow confidence levels.

Wihan Lubbe (7.5 Cr) was able to add another 29 runs but holds greater potential to maintain a fighting form throughout the season which makes him a crucial contributor.

Evan Jones (6.5 Cr) was at the top of his game in the opening stages of the tournament but have declined in the recent games that could push him to fight back in this match.

Ottneil Baartman (7.0 Cr) was rested in the last 2 matches but was able to find 9 wickets in the first 4 games which should push him to make his way back to the starting 11 for this match.

Lungi Ngidi (8.5 Cr) added another wicket to his already growing form and has been active on the field which could keep him motivated to maintain his current momentum with similar ease in this fixture.

Bjorn Fortuin (6.0 Cr) can break partnerships with his bowling skills that earned him 1 wicket at an economy rate of 8 which makes him our prime choice for this encounter.

B.Fortuin will be our captain and E.Jones will be my vice-captain because of their current developments and attacking form that could lead the team to another victory. 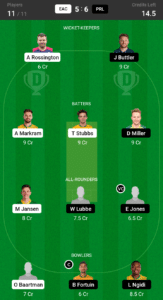 ALSO READ: Dani Alves prison sentence, release date and why was he arrested and sent to jail