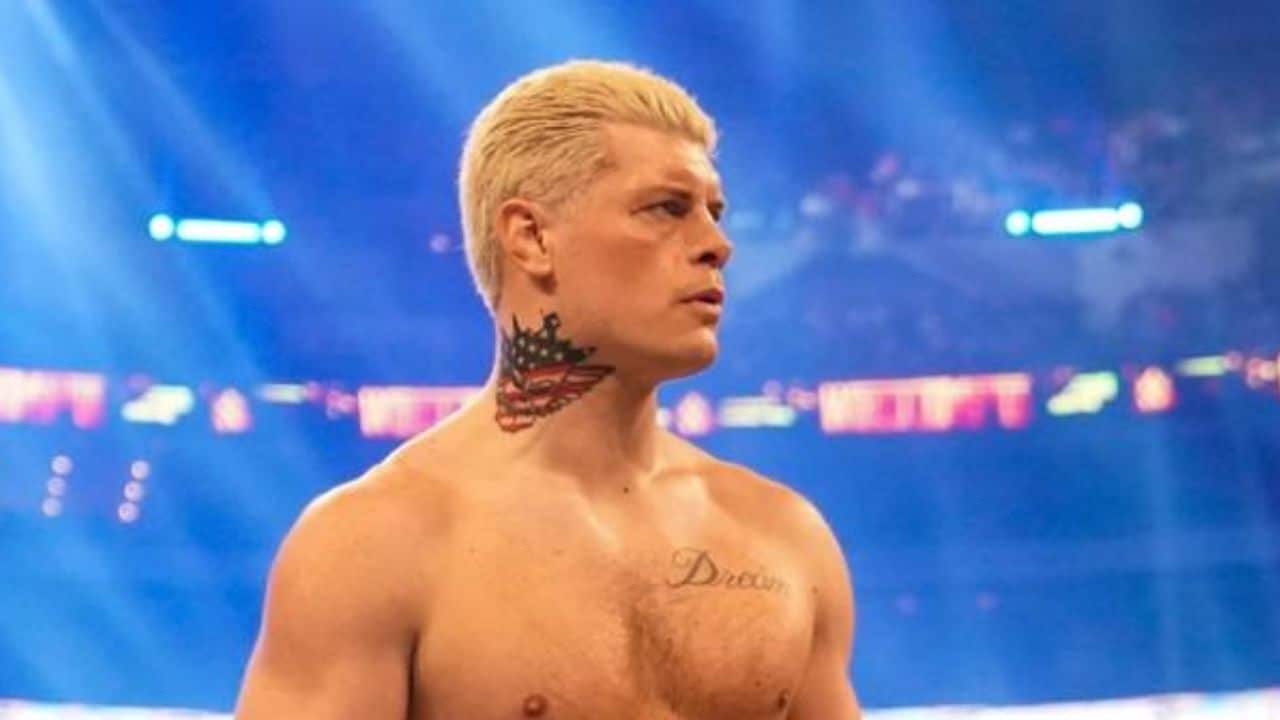 Let’s Fight! A famous American professional wrestler Cody Rhodes aka Cody Garrett Runnels Rhodes is making headlines after the news of his return swirling around internet to WWE in 2022, know the likely date

Wrestlemania 38 was an amazing night with a massive audience to witness the WWE Universe when the American Nightmare Cody Rhodes jumped from AEW and made his epic return to the ring after being away for 6 years from the company.

During his first run, Rhodes was underutilized in WWE which led to his departure from the company.

Though it helped him in the beginning a new path to reinvent himself into a bonafide main star who is now known as the American Nightmare Cody Rhodes.

Behind the formation of WWE’s rival promotion, the son of Dusty played a huge driving force.

The Wrestling company, All Elite Wrestling served as an onscreen performer and Executive Vice President which was one of the major reasons behind all those promotions.

Though Cody Rhodes had failed to reach all negotiations with the All Elite Wrestling company so the wrestler made an unannounced return to the WWE right at this year’s Wrestlemania.

During the big night, one of the best mania matches to take place was Seth Rollins’s mystery opponent, who delivered a stellar performance.

Co-incidentally, Cody Rhodes returned to the same stadium in which he had his last WrestleMania appearance back in the year 2016, before the wrestler left WWE to pursue other ventures.

Speaking of Cody, he started his second return in WWE with a trilogy of excellent matches with Seth Rollins, however just days before his 3rd encounter with Drip God, he suffered a torn pectoral muscle injury at his training time.

Nevertheless, the 37-year-old actor went on with one arm to have a stellar match with Rollins inside the demonic Hell in a Cell at the namesake for the 3rd time.

However, the American Nightmare is currently out of action after undergoing surgery and he is advised to take an intense rehabilitation for recovering.

As per a report by NewsXero, Cody is all set to make his big Comeback at the Royal Rumble pay-per-view next year.

As per the same report, the wrestler is among the few front runners to win the rumble match and to head towards the main event of Wrestlemania 39.

Who is Amari Miller WWE wrestler, her age, height, bio, net worth