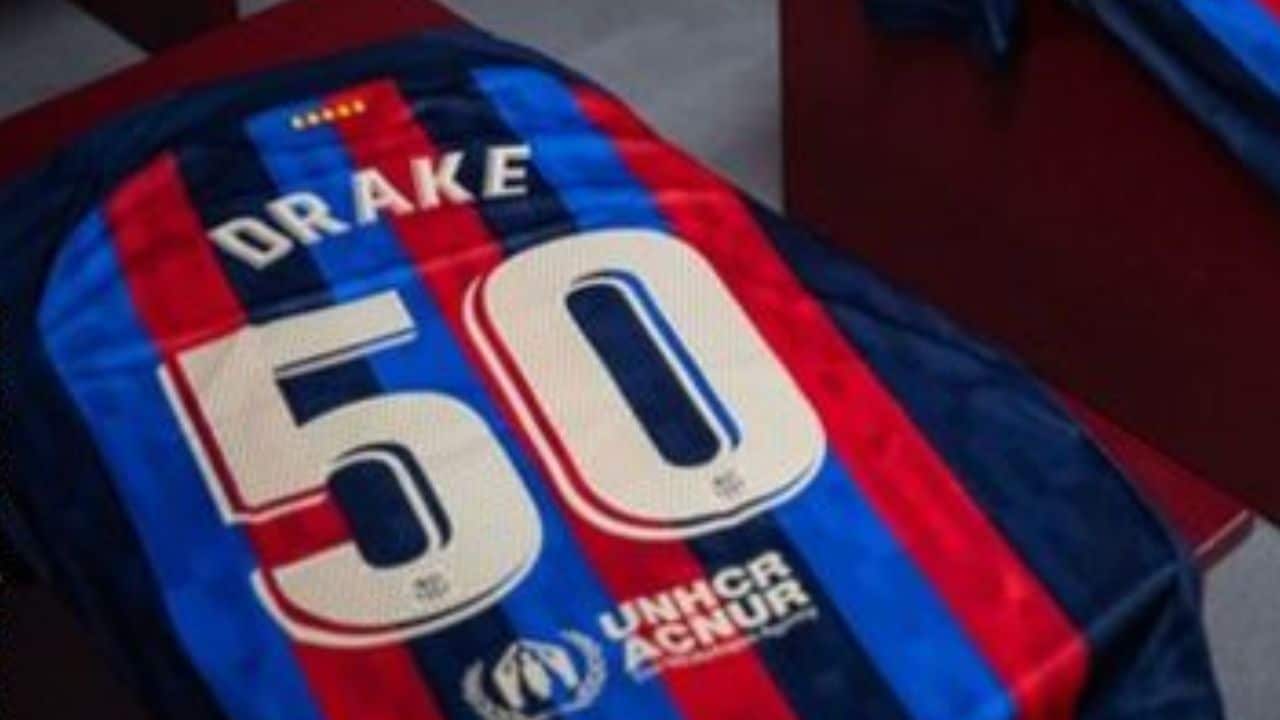 Before this Sunday’s El Clásico, in which Barcelona will play Real Madrid and continue the race for first place in La Liga, fans of the club have a lot to look forward to, know how to buy the OVO Drake jersey

The team will make its debut wearing a brand-new limited-edition uniform that resulted from Barcelona’s collaboration with Spotify.

The Spotify emblem has been on Barca’s uniform since the club signed the streaming service as a sponsor in March, but things are changing now. Fans are eager to know how to obtain the new shirt after it was shown on Instagram so they may sport a Barca jersey with rapper Drake’s insignia on the front.

Due to Drake’s 50 billion Spotify streams, Barcelona and Spotify revealed on October 14 that he would be the first artist to appear on their jersey. For the first time in Barca’s history, they are replacing the name of their primary sponsor on the front of the jersey with an internationally renowned musician, Drake, according to FC Barcelona vice president for marketing Juli Guiu.

This effort demonstrates their ability to develop into a distinctive platform that provides opportunities to connect with fans while also reaching out to new global audiences, said Guiu Players will warm up for the El Clásico match wearing practice jerseys with “50” on the back to honour Drake for becoming the first artist to reach 50 billion streams on the streaming service.

Barcelona will wear Drake's logo on their kits for Sunday's Clasico 🦉 pic.twitter.com/qhZy4gFGcZ

You can win a jersey even though fans cannot purchase it.

Unfortunately, the limited-edition jersey won’t be available for purchase by fans. However, the team will be holding a giveaway for Drake supporters and FC Barcelona members, so you may enter the drawing to win one.

Enrol on the draw HERE.

Drake posted an Instagram photo of the shirt and commented to supporters that it “doesn’t feel real.” The front of the jersey will display the October’s Very Own (OVO) owl, a symbol that has come to represent the rapper Drake and his clothing line.

A celebration of fans, players, and musicians on a global stage, according to Spotify VP of Collaborations Mac Hazan, has always been the goal of the partnerships. In addition to celebrating one of the greatest games of the year, he added that they were particularly delighted to recognise Drake’s milestone as the first artist to surpass 50 billion streams.