Advertisement
HOME  »  NBA   »   “Was begging to fly me out,” Sophia Ifeoma claims Anthony Edwards hit on her after he reveals Jeanine Robel is his new girlfriend

“Was begging to fly me out,” Sophia Ifeoma claims Anthony Edwards hit on her after he reveals Jeanine Robel is his new girlfriend 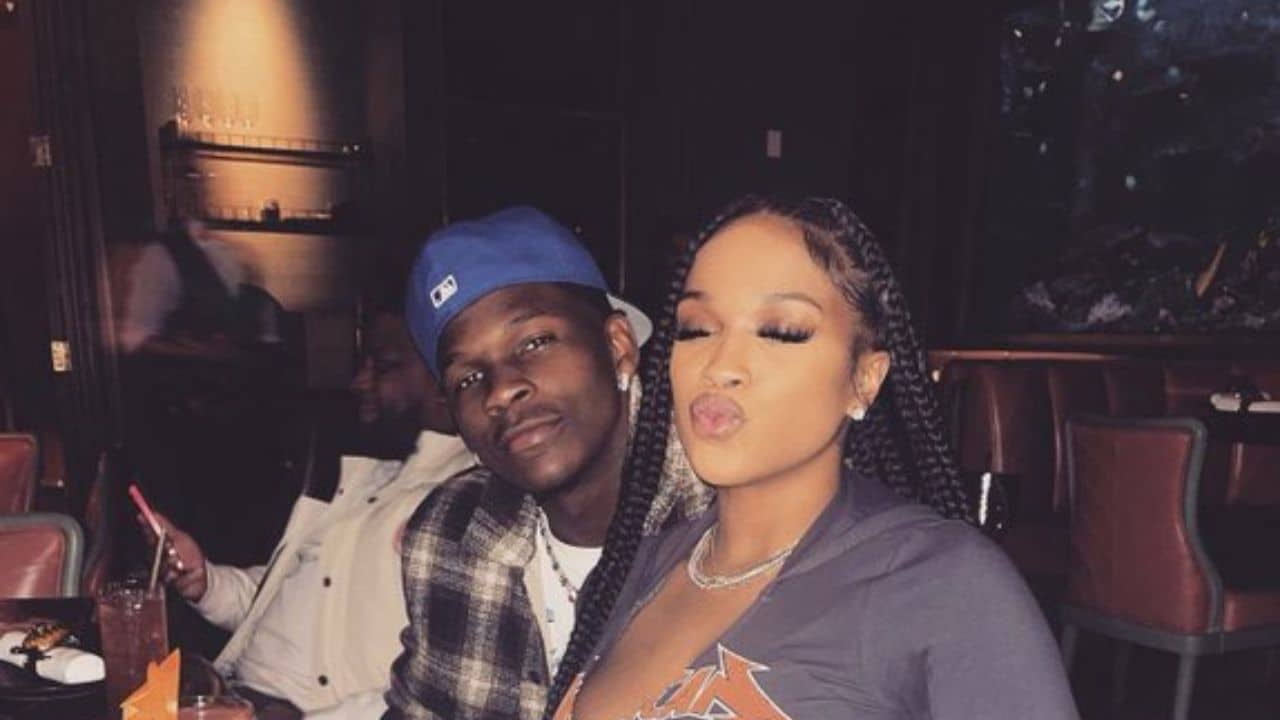 Sophia Ifeoma is just being corny here after Jeanine Robel, the new girlfriend of Anthony Edwards went viral on Instagram

However, she is curious about what she was ridiculous but no justification is the straightforward response. What’s the point of bringing up the offer if you turned it down? What use is it to post on social media that someone offered to take you out to dinner if you decline? Unless you’re deliberately trying to make trouble for them and their relationship?

Edwards put up a show against the Houston Rockets.

On Saturday night, Anthony Edwards went off and nearly single-handedly defeated the Houston Rockets with a sequence of breathtaking moves and commanding dunks. The Timberwolves’ best player scored 44 points, which is a season-high, in addition to pulling down six rebounds and dishing out four assists as the Wolves overcame a deficit to win 113-104.

After the game, Edwards admitted that his girlfriend’s birthday served as his inspiration when questioned by Bally Sports North’s Katie Storm. “The birthday of my girlfriend is in two days, and because she is leaving the country, I had to put on a performance for her.”

The girlfriend of Anthony Edwards wanted everyone to know that she won’t be leaving him anytime soon. Anthony Edwards, a forward for the Minnesota Timberwolves, had a fantastic rookie season and is predicted to improve. His partner iwasalso the mother of Chief Keef’s child, who lives with them in Minnesota.

When his girlfriend voiced her displeasure over their relationship on Twitter, the allegations got started. She subsequently used Instagram to dismiss any speculations that the two had split up. I don’t know who needs to know this, but I’m not getting off my n***a.

This may be a scaled-down version of Ciara, Future, and Russell Wilson because the rumours on the street are that Edwards were Keef’s son in a way that Keef never did. There is no information on the age of Chief Keef’s baby mama, although many believe that she is in her 30s or perhaps 40s.

Scroll down the page to see Ifeoma being a hater, Edwards yelling about his girlfriend, some of the Twitter responses, and her thirst traps.

"My girlfriend's birthday is in two days and she is going out of the country, so I had to put on a show for her."

Anthony Edwards spoke to @KatieStorm about his MONSTER dunks and 44-point performance in the win over the Rockets.#RaisedByWolves | #Timberwolves | #NBA pic.twitter.com/gVVD5f32kH

But was begging to fly me out…. https://t.co/dJKGyXm7Kq