Advertisement
HOME  »  CRICKET   »   Javed Miandad praised me in front of one of the chief selectors: Wasim Akram 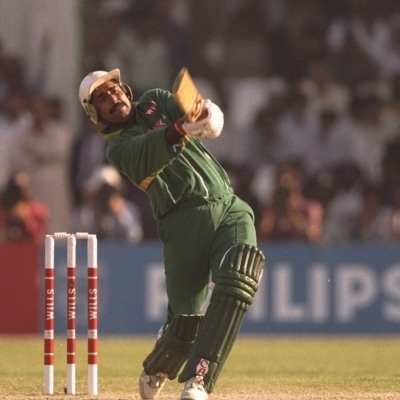 Akram was just an unknown club cricketer at the age of 18 when he was first spotted by Miandad at a trial in Lahore. Amongst 60 other local bowling hopefuls, Akram was given a chance to bowl to Miandad, the then-Pakistan skipper, who was at Gaddafi Stadium for a net session post his recovery from an injury.

Akram’s ability to swing the ball and at a high pace caught Miandad’s attention and weeks later, he was given his international debut on Pakistan’s tour of New Zealand in 1985, marking the beginning of an illustrious international career.

“I realised I could get picked up when Javed saw me for the first time. (It was) in Lahore, he praised me in front of one of the chief selectors. I thought, ‘Something could happen if I just concentrate and focus’.”

“Luckily, usually it doesn’t happen, but in my case it did. I went to Karachi for the first time then went to New Zealand (with the national team),” said Akram to SEN’s This Is Your Journey – thanks to Tobin Brothers radio show.

Now looking back at that incident of being praised by Miandad, Akram feels to be incredibly lucky to have been spotted by the legendary batter and thinks he could have “disappeared” from the cricketing scene if things hadn’t panned out that way.

“You never know, if he wasn’t injured, he probably would never have come to the net practice. I could have disappeared into the hundred boys, it was destiny I suppose, luck might be the word.”

Keep your focus, now that you are back in the team: Father’s message to Shaw after India comeback