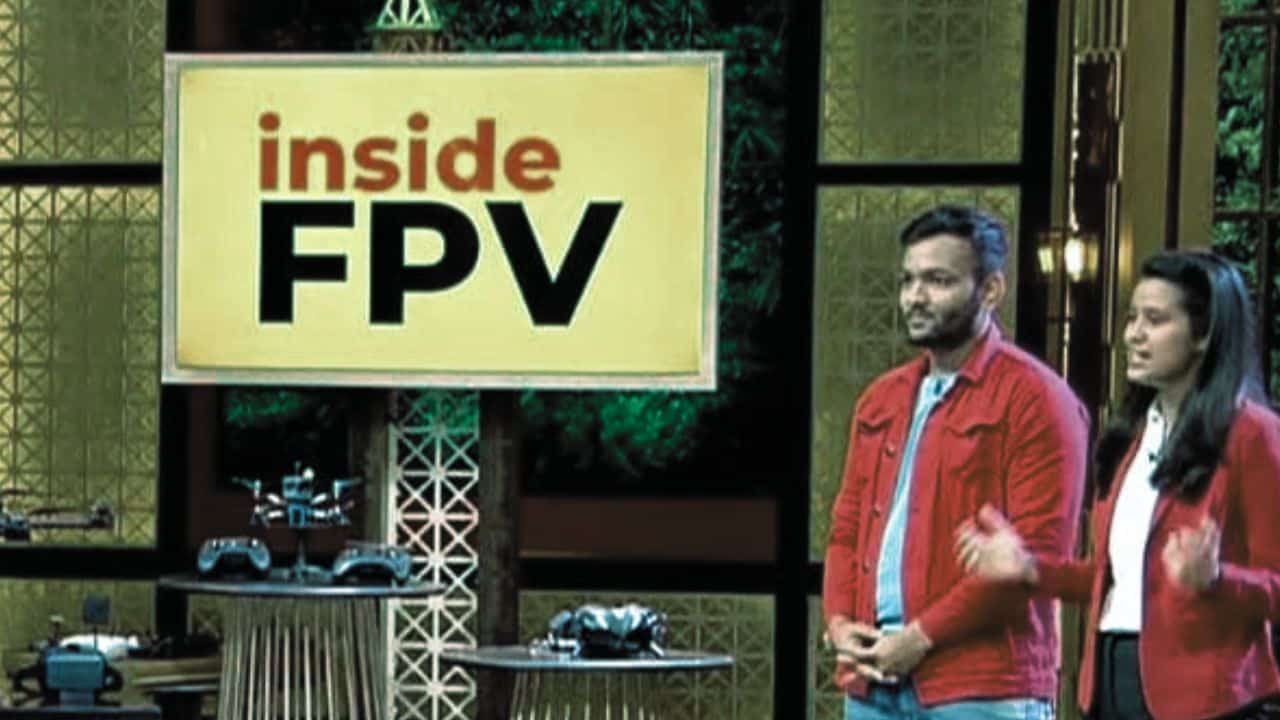 Drone company Inside FPV has been in the news after it got investments from four sharks on Shark Tank India Season 2, know about its founder, price and net worth

The Shark Tank India has had phenomenal success over the last year, eventually becoming India’s most talked-about show. Due to this, the producers came up with a second season, and as per viewers’ expectations, the show is doing better than our expectations.

This show features so many new kinds of startups that were started by entrepreneurs who come from all ages and socioeconomic backgrounds. However, Inside FPV and its founders, who began the drone manufacturing firm while they were still in college, left a lasting impression.

InsideFPV claims to be the first business in India to provide put-and-fly FPV drones, allowing users to plug the drone’s battery in and take off. FPV stands for first-person view.

Since then, it has become the talk of the town, with many people trying to find out more about it. So, let’s find out everything about it:

More about Inside FPV

Three engineers—Arth Chowdhary, Oshi Kumari, and Devyant Bhardwaj—founded the Inside FPV firm in Tamil Nadu in 2020.

The three founders, who are all Vellore Institute of Technology graduates, launched the company while they were still in college. While Bhardwaj studied electrical engineering, Chowdhary and Kumari are both mechanical engineers.

On its website, insideFPV offers drones starting at $2,800, which is the cheapest in India, according to the founders. The startup’s most costly drone costs $25,000 and includes goggles that let you see footage that was recorded by the drone from a distance of 4-5 kilometers away.

Customers may also take advantage of the startup’s one-drone accident guarantee and complimentary pilot consultations. In FY22, it generated revenues of Rs 85 lakh and received an investment of Rs 75 lakh from Shark Tank India 2.

Investments they got in Shark Tank India 2

At last, the founders of InsideFPV asked all four sharks to join with a combined investment of Rs. 75 lakh for 5% equity. The four sharks, Peyush Bansal, Aman Gupta, Namita Thapar, and Amit Jain, eventually joined together and made a final offer of 75 lakh for 15% stock, valuing the firm at 5 crores. The founding members accepted this offer.