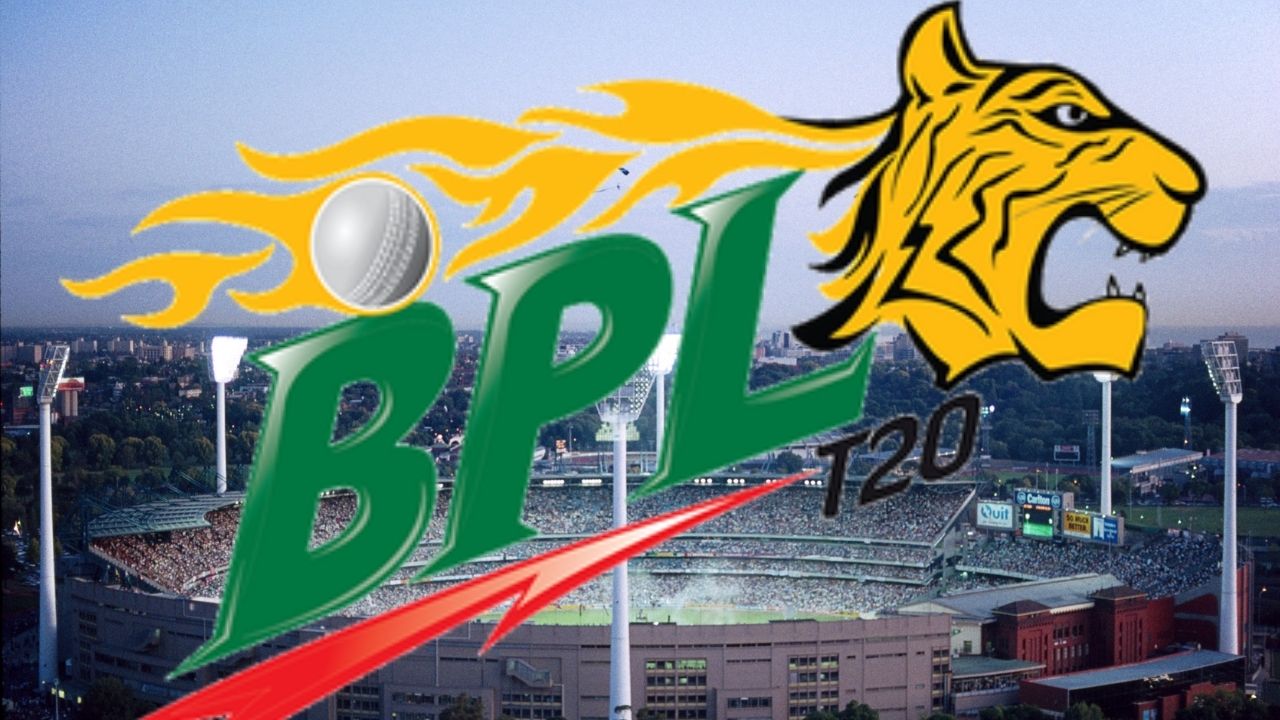 Chattogram Challengers will be all set to lock horns against Fortune Barishal in this crucial T20 encounter. Welcome to the CCH vs FBA Dream11 team prediction today and match preview.

Chattogram Challengers are not in the best mindset after losing 4 of their last 5 matches in the tournament which could help them push for a better outcome in this contest.

Fortune Barishal on the other hand will come here after losing their last match to end their 4-match winning streak that should be regained with improved performances that seemed to be missing in their last game.

Fortune Barishal should win this match by a close margin.

The pitch is preferable for batsmen and spin bowlers. The winners of the toss should bat first.

Usman Khan (8.5 Cr) has been an important player in the squad and managed to score 49 runs in his last 2 matches which should raise confidence levels to maintain consistency.

Anamul Haque (7.0 Cr) creates a majority of his contributions with his performance behind the stumps and is yet to get a chance to showcase his full batting potential which can be witnessed in this fixture.

Afif Hossain (8.5 Cr) was able to maintain his side in the game with his batting skills that have earned him 35 runs in the last match added with his ability to challenge his contributions.

Ibrahim Zadran (8.0 Cr) scored 42 runs in the last match with a wonderful hold on his batting skills which can continue to enhance his overall contributions in this contest.

Iftikhar Ahmed (7.5 Cr) has been improving in stature and confidence during this series which helped him score 156 runs in 2 matches which makes him the leading run-scorer from his team and our prime choice for this encounter.

Shuvagata Hom (8.5 Cr) can create consistent contributions with his overall skills that have earned him 52 runs at a strike rate of 167.74 along with 2 wickets at an economy rate of 4.33

Shakib Al Hasan (9.0 Cr) continued with his contributions after adding on to a different form which could lead to another show of attacking build-up in this important fixture which makes him our prime choice for this encounter.

Mehidy Hasan Miraz (8.5 Cr) has scored 19 runs along with 5 wickets in the last 5 matches highlighting his consistent form which makes him a potential game-changer.

Mehedi Hasan-Rana (8.0 Cr) has picked 3 wickets in his last match and holds the potential to maintain consistency that could be witnessed in this important match.

Mohammad Wasim (8.5 Cr) was able to add 3 wickets in the last match that could keep him motivated to fight back with a similar momentum necessary for this fixture.

Kamrul Islam Rabbi (6.0 Cr) picked 6 wickets in the last 5 matches and should be able to continue with his building momentum which should keep him motivated to give his all in this match.

S.Al Hasan will be our captain because of his current form and consistent contributions in the recent games.

I.Ahmed will be our vice-captain because of his wicket-taking potential which can continue to help his team in this contest. 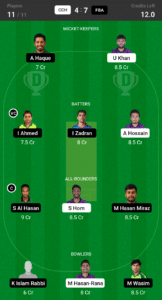